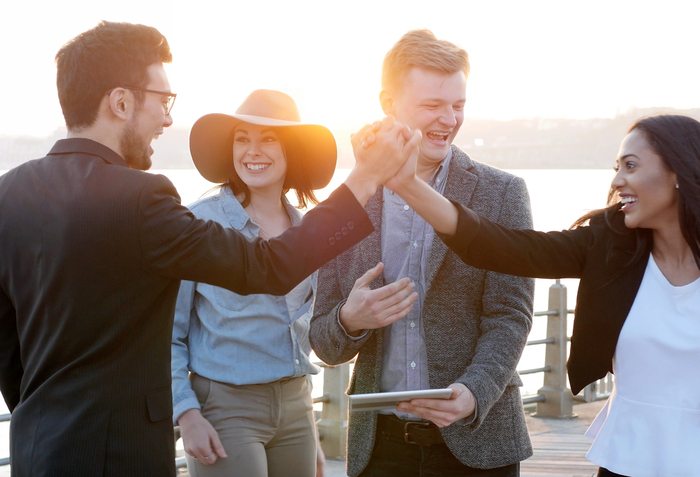 Share via
It?s not just HR professionals or company directors who have come to think this way. Through the media, professional development articles commonly narrate readers through how to get a pay rise. But, what if an employee is relatively happy with their income?and wants to be rewarded in means other than a pay rise? One study found that 90?per cent of SME employees have never raised concerns over pay, while Gen Z and Gen Y want companies to reconsider how staff are?rewarded. A?third of both groups stated they would leave their current role for an organisation offering better benefits. It?s commonly known ? and rather obvious ? that happy employees are more productive. Happiness, a study found, meant a 12?per cent increase in productivity.?On the other hand, unhappy workers are ten per cent less productive.?People also leave a job role for personal reasons, rather than to improve their financial position. So, if money isn?t necessarily adding value to happiness at work, what keeps staff motivated, engaged, and productive beyond a bonus or pay rise? A business prospers when its people feel valued, and for bosses to see the value in the reward being?offered, they need to understand what motivates employees and which rewards are seen as the most valuable. This relationship will vary from business to business and will need to be put into the context of each organisation. An extrinsic reward covers?pay, bonuses and benefits. An intrinsic reward covers the psychological benefits that an employee will gain through a meaningful contribution to work. The provision of?an extrinsic reward has long been fundamental, but a recent change in focus has seen organisations realise that intrinsic rewards hold greater value in some instances.?The technological development in the workplace has created?different expectations in the office. For example, routine-based jobs, which required little initiative, once relied on pay to motivate staff. Different opportunities within businesses have meant initiative-led opportunities need different rewards. Pay is still an important reward for businesses to offer and is an extremely emotive subject. As Dan Pink, an author on business, work and behaviour once said: ?Pay people enough to take the issue of money off the table.? Essentially, if employees are to be motivated by intrinsic factors, pay needs to be fair and already motivating staff. Taking the subject of pay off the table, rewards then focus on culture, environment and personal development ? factors which are integral to employee wellbeing and happiness in the workplace. To ensure the reward strategy you offer covers both intrinsic and extrinsic reward, you should separate your strategy into four areas: pay, benefits, personal growth and culture. Many organisations struggle to focus on rewards offered beyond pay and feel this area should be covered before any effort?in placed on intrinsic rewards. Once the extrinsic reward box has been covered, a meaningful discussion around intrinsic rewards can occur. Rather than placing a focus on the financial rewards a business can provide its employees, organisations need to focus on the?way staff are treated and how they are included in the business?s vision.?For people to excel in their role, they need to move away from seeing pay and benefits as basic satisfiers. Engagement, development and cultural rewards should be at the core of your strategy.?A?motivated employee is a happy member of staff ? which is where it all begins. Tim Kellett?is pay and reward expert at Paydata? Image: Shutterstock