The Spring Statement was a bit of damp squib, with as much detail as a David Davis impact paper on Brexit. But while the speech itself may have been lack-lustre, the paper copy told a different tale.

Buried in the Spring Statement paper copy were proposals to crack down on cash-in-hand payments. The plans are a bid by the government to rake in as much as £3.5bn a year in tax from the UK’s hidden black economy. It also includes recommendations that receipts are made compulsory across the country, which will force people to write down any payments received.

The Spring Statement copy suggests the Treasury is also considering whether to introduce a maximum level of cash transactions like our European cousins in France, Belgium and Spain, which have imposed a limit of up to €13,000.

For a government struggling with so many issues, this is actually a good idea. It’s just a shame it’s taken so long to get to this stage. I’ve been saying for a long time that this practice should be wiped from the face of the earth and I remember hearing a treasury minister calling for a ban in the same year Mo Farah won gold at the Olympic Games!

Of course, historically, cash has always been king and was a convenient payment method. But thanks to technology, the world has changed and that’s no longer the case. The younger generation rarely carry cash as you can even pay for a pint in the boozer with contactless or chip and pin.

Those devices can be used on the road thanks to mobile technology with everyone from builders to barbers able to whip a card reader from their pockets to collect payment for services rendered.

But the attraction of a cash payment that keeps things off the books and makes a job cheaper encourages some people to put away the plastic in favour of a pile of readies. What they are doing is inciting someone, albeit a willing party, into committing fraud.

That is not the only reason I am against this practice. As well as the cost to the economy, it perpetuates another cultural assumption that brings industries like plumbing into disrepute. For decades I, and others like me, have tried to change the perception of tradesmen, but these cowboys acting on the fringes of the industry are maintaining the stereotype.

Worse still, the practices of cash-in-hand merchants are a symptom of a terrible disease that can have deadly consequences. Not only are these guys breaking the law, but they are part of an unregulated trade, which inevitably leaves people out of pocket with huge problems that need to be put right. This could potentially be lethal.

If someone is willing to cut corners when it comes to taking a payment, what are the chances they will do the same on the job itself?

That’s why I will only have trade people working for Pimlico who have years of experience and are proven in their chosen trade rather than the underqualified, who are typically the ones working in the black economy, who cost lives. 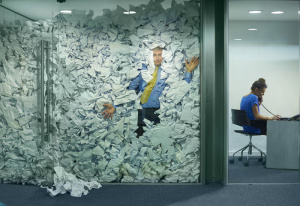 The true impact of admin on SME productivity 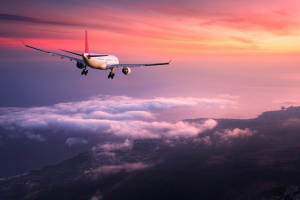 Three pitfalls to avoid when expanding your business overseas