It is widely accepted that the implementation of MAR was rushed, a point which was made to the European Commission. It was only in April when the Financial Conduct Authority (the FCA) formally advised that it would be withdrawing the Model Code for share dealing and the statutory instrument to remove the former regime was only passed a few days before the deadline.

MAR has an impact on financial instruments admitted to trading on regulated markets in the EU and issuers with financial instruments admitted to trading on multilateral trading facilities and organised trading facilities as defined in the Markets in Financial Instruments Directive (MiFID II). Certain aspects of MAR implementation have been rendered more complex by the twelve month implementation delay to MiFID II (principally caused by a lack of preparedness within the regulatory bodies and the EU institutions). The rules in relation to insider lists have become more prescriptive and additional administration is now needed.

The Governance Institute, the Quoted Companies Alliance and GC100 were left with little time to produce the new sample dealing code and policy document, which helpfully addresses the relevant issues for both LSE Main Market and AIM companies. However, the new industry-led dealing code does not address the position of companies with equity securities admitted to trading on the two ISDX markets or elsewhere. The presumption is not to deal in company securities, unless an exception applies.

Delayed disclosure of inside information under MAR

MAR has introduced to the UK a new concept, which was previously very rare, namely a regime which contemplates possibility of delayed announcement of price sensitive information to market. Previously, it was necessary to announce “without delay”.
If, in the unlikely event that an announcement has been delayed, the issuer must notify the FCA of such fact in a prescribed form as soon as the market announcement is eventually made and will then need to give a further written explanation if requested.

It is notable that there is no need to set out reasons for the delay on the form. An emergency line is available for financial and credit institutions to requesting FCA advance consent to delay disclosure of inside information due to financial stability concerns.

What companies now need to do

Previously, much was left to the company, but now there is significant administration for the company to deliver to the FCA.

Companies need to put in place new procedures to ensure effective implementation of MAR, for example, to update insider lists as appropriate and to ensure that they include all relevant persons and to deliver to the FCA statements as to which persons discharge managerial responsibility. The belief is that this additional information will assist the FCA in its monitoring function.

Many of the EU initiatives in the sphere of company law and securities law are intended to bring aspects of company law in many other members states (such as shareholder rights) to a standard harmonised with the approach the UK has had for some time. The cost to us is some additional bureaucracy, which is unhelpful, but not excessively problematic.

Before the vote in favour of Brexit, the government was committed to deliver £10bn of savings in company law during the course of the current parliament. Given the newly injected uncertainty, this now seems unlikely to be achieved as businesses face massive uncertainty and swathes of different rules.

Edward Craft is a partner in the corporate team at Wedlake Bell.

Also, the forthcoming General Data Protection Regulation will mean that all businesses operating within the UK & EU, whatever the size, will soon have to adhere to much tighter rules about data protection. 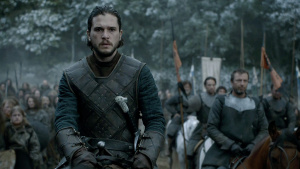 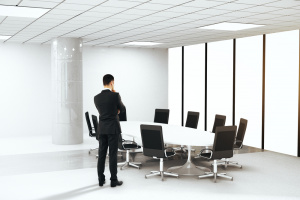