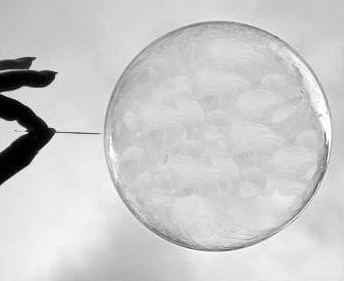 One of the foremost enemies of progress is doubt. When risks are to be taken – regardless of size or nature – doubt lurks at the back of the minds of otherwise progressive businesses. We’ve been here before, and it all went wrong. Do we really want to take that risk again?

It was bound to loom in the tech 2.0 bubble. A great many entrepreneurs with a huge amount of conviction and dedication to the original movement (myself included) found themselves fighting a 90s market crash that was too huge to overcome, and it’s therefore little surprise that there are more than a few wary commentators now. That’s because on the surface, it would be easy to believe that very little has changed this time around. Behemoths of technological innovation and communication are asking a king’s ransom in investments for product yet to come good on returns.  In some cases, in fact, it’s not entirely clear where the returns will actually emerge from at all. Some social media is showing more obvious profit potential through advertising, yes, but when do investors in the likes of Snapchat start to see something back? And that’s in the case of a relatively famous app. What about all the others?

However, to scramble for every panic button going and run away from the momentum of 2.0 is to make an assumption, one both incorrect and perhaps a little naive.  To suggest that 2.0 is headed in a similar direction is to suggest that we in the business world have not learned from the last time around. But a more-than-cursory investigation says otherwise: while previously a great many tech companies were flooding the market with grand ideas that very few actually needed, this time it is the end-user dictating the direction that products are taking. We as a combined tech industry are listening like never before, reaching out to address genuine concerns and to make life that much better through application of immersive tech; the lately-coined “programmable world”.  It is now more about making things better than simply making things.

There’s also a fundamental stability in 2.0 that was not there before, and that’s down to one very important thing: B2B tech. Continue reading on page two…