To clarify, the trip wasn’t just for a casual jaunt to do some sightseeing or to secure a new company car. It was part of UK Trade and Investment’s GREAT initiative ahead of the GREAT Festival of Creativity in Shanghai in March, which is designed to break down barriers in China and make businesses and locals alike aware of the UK’s creative flair, and served as a preview to Chinese visitors and local members of the press.

After arriving at Jaguar Land Rover, we were hosted by both Land Rover and Jaguar respectively, with both divisions of company keen to impress upon us just how innovation has become part of its core.

Regardless of what sector your business sits in, it’s clear that some of the company’s practices can be taken into consideration and adapted to fit your own operation.

Land Rover’s design director and creative chief officer, Gerry McGovern, said: “We’ve got over 700 people in design, including engineers. There are two independent design teams for Jaguar and Land Rover, but we do share certain facilities and design personnel.”

Some employees can be blinkered in terms of what their role requires, becoming complacent and unwilling to expand their duties. But sometimes they have a fair reason to feel that way – for example, if the requests that are being asked of them are unreasonable or unfair.

On the other hand, it’s fair to say some businesses often don’t want to give their staff the opportunity to try new projects, but providing the chance to expand a role could be beneficial to the firm in the long term as employees will receive more job satisfaction.

Ultimately, the point here is that a company that adopts a culture of teamwork while nurturing it along the way would make for a healthy collaborative spirit, one where different colleagues and teams can learn from one and other but only if executed in the appropriate way.

McGovern, added: “Land Rover has a unique heritage, it’s evolved over 70 years. We have a history of innovation, and we’re never going to do ordinary vehicles. We have a very interesting relationship with our customers, which range from members of the Royal family, world leaders, movie stars and farmers. In some respects the brand is considered classless, which may seem like a contradiction, but people do resonate with the brand.”

From those words, company owners should look at what they’ve done with the business during its time of operation. Change doesn’t have to be dramatic, at least not immediately, but take a long hard look at the operation to consider whether things can become more creative in order to keep customers satisfied – whoever they may be.

McGovern added: “Part of our desire is to maintain the essence of what Land Rover is about as a brand but remain absolutely relevant. As part of a new generation of Land Rover, we look for white space opportunity – types of vehicles that haven’t been created yet.

“The Range Rover Evoque was a white space vehicle – it didn’t exist a couple of years ago. It’s been incredibly successful and we sell 130,000 of them a year. It’s changed the image of the Land Rover brand and made it far more accessible to far more people, particularly young people and females.

“It’s actually changed the culture within this building and it’s made the business realise that if you can create vehicles that truly resonate on an emotional level through design and with engineering integrity, then you’ll have success.”

Indeed the topic of white space is an interesting one and McGovern’s mention of exploring it falls in line with our November interview with Jack Hidary, senior adviser to Google X Lab. He explained to Real Business that tech startups often go for a me too approach, but noted that entering new territory is where the exciting rewards can be found.

The fact this has been found in two very different business areas solidifies the fact that creativity and innovation to try new things needn’t just be a trend found in the technology sector, but something that can be embraced across all SMEs.

Jaguar risked collapse though, refusing to change for decades – find out what went wrong on the next page. 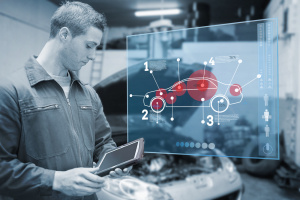 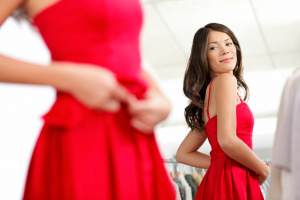