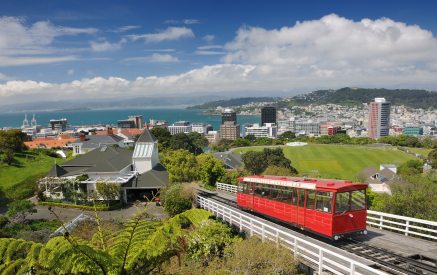 If people don’t come to pensions, then pensions will have to come to them: this is the philosophy behind auto-enrolment, whereby employees are automatically enrolled in a pension scheme, unless they opt out. (Read more on the facts of auto-enrolment and opting out under this month’s Real Business Focus)

The concept is not new. Employers in New Zealand have been automatically enrolling employees into a pension scheme since 2007, and in Australia since 1992. New Zealand’s KiwiSaver plan (I kid you not, that is its name) has become something of a role model for UK workplace pensions. Let’s take a look at New Zealand’s experience with the scheme. Launched in 2007, the KiwiSaver pan takes contributions from the government, employers and employees, and locks the savings away until people turn 65. This is much like the UK’s new pension plan, apart from a few exceptions in the New Zealand scheme for those buying a first home, or in cases of hardship.

The facts are these:

Similarly to the UK, employees in New Zealand can opt out of the pension scheme within eight weeks of starting a job ? and employees use that option, regularly. In 2009, a staggering 35 per cent of people were opting out of the scheme. In 2011, the number had risen only slightly, to 30 per cent. How come? The scheme was met with some strong initial resistance from employers and employees alike, perhaps given that it was introduced during a recession. Employers deferred salary increases, and staff were sceptical towards allowing their money to be inaccessible until they’re 65. Let’s take a look at Australia instead. The country’s pension system is broadly similar to New Zealand’s, with one major difference: there’s no opting out. Australia’s government introduced a compulsory pension system in 1992 which set up state-supported superannuation funds, where employers are required to put in nine per cent of staff salary. That is due to increase to 12 per cent by 2020. Since 1992, Australia has increased pension coverage from just 40 per cent to 92 per cent. But while the system may have succeeded in vastly increasing pension coverage, it wasn?t an easy transition; resistance was high. Key to the success of the Australian model was, arguably, that it took a hard-line approach, with few provisions, such as a hardship clause or allowing people to opt out. On the whole, this compulsion was much easier to implement, adding fewer compliance costs. In the UK, opting out is relatively uncomplicated. We are yet to see how high the rates will be, and whether the transition to an active auto-enrolment system will be an easy one. New Zealand’s drop out rate has hardly decreased in its five year history, but Australia went through a transition that took years ? and two recessions ? too. Was it a good choice to make the new UK pension system non-compulsory, or should we have taken the Australian system as a model?