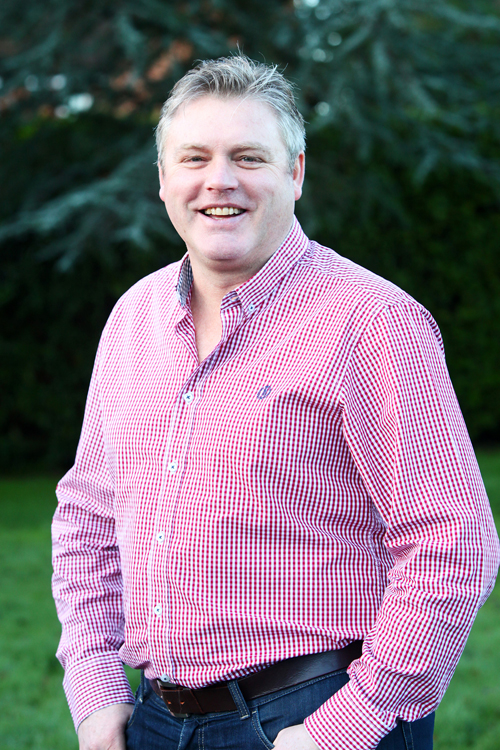 A key lesson I?ve learned about international markets is to take things step by step.

At G?, we?re geographically agnostic ? deliberately so. Some think we originate in Scandinavia, while others say Belgium, Germany or France. This chameleon-like quality has helped when rolling out across Europe and into the US and Australia. But we soon discovered success in a new market requires a strict, methodical approach. We began selling in France about seven years ago. Initially, we did the right thing by focusing on Paris. We invested in initiatives such as trials and sampling, recruited top quality people and entered into an exclusive deal with Monoprix (France?s equivalent to Waitrose). They were happy to support a challenger brand, especially one creating a new category: super premium desserts. We sold very well and other retailers were keen to take our products into the regions. But at this point, we began losing an element of control and didn?t allow ourselves time to invest in the same way as we had in Paris. This was soon reflected in our lower rate of sale outside the capital. We quickly realised the strategy wasn?t working and retrenched to Paris. We then, very logically, went to Toulouse, ensuring we invested properly in the region. From Toulouse we went to Lyon, following the same principles, and then on to the next city, until we reached a level of distribution that enabled us to advertise nationally. Today we?re at 70 per cent distribution across France ? it?s our second biggest market. But we?ve never forgotten that early blip and have made sure we?ve applied the same model when rolling out across other territories. We do it step by step, town by town, region by region. One of the biggest strategic tools when expanding overseas is pricing. You have to understand the development of the market and your price differential against the rest of the category (if it already exists). But you must stay true to the values of your brand and what made you successful in your home country. You?ve only got one shot with establishing your price point, so it?s important to hold your nerve. In any market, pricing only goes one way: and it?s never up. But price is not as much of a barrier as people think. In France, our desserts are double the price per kilo of any others; in Germany we?re the most expensive chilled item on the shelf, including caviar. Consumers have shown they?ll pay for quality products. In emerging markets, perhaps even more so than developed ones, people refuse to buy cheap things. Paradoxically, they can?t afford to do so. Whether it?s headache tablets, mosquito repellent or furniture polish, they?ll pay a premium for brands they can rely on ? in one-shot applications and sachets rather than the supersized packs we buy in the West. Entering a new market, you?ve got to be conscious of local tastes and customs ? especially with food. At G?, we have 11 standard recipes, all produced in our factory in Walthamstow and all big sellers in the UK, ready for every new market. Not all of them travel, but you have to follow the 80 per cent rule and focus on the majority that work rather than waste time, effort and expense chasing that tricky 20 per cent. Instead, as you get bigger and more confident in a new market, you?ll do far better to concentrate on globalising your new product development. In France, there?s been a trend in speculoos, a cinnamon flavoured biscuit largely unknown in Britain. So we developed a cinnamon-based product to add to our range. We look for similar opportunities elsewhere. It?s all very well to bring products that work in Britain out to new markets. But don?t rely solely on UK innovation to take you to the next level. In short, don?t launch and leave. Learn and act. That?s a better way to export your brand around the world. Extracted from ‘Going Global: 30 Years 30 Insights’ by Piper, the leading specialist investor in consumer brands.  Mark Escolme has worked in large branded consumer companies in the UK, US, Australia and New Zealand and set up businesses in Europe and emerging markets such as Russia, China, India and Africa. He was group managing director at SC Johnson, the consumer goods multinational, and at Findus Group, before joining G? in 2011. Is your business an export success story? Why not enter our 2014 Growing Business Awards?