Earlier this month, 17-year old Paris Brown resigned from her post as Youth Police and Crime Commissioner for Kent a mere six days after she was appointed over potentially racist and homophobic tweets that she had posted prior to her appointment. After an investigation by Kent Police and an interview under caution, it has now been confirmed that she will not face a criminal prosecution.

Whilst the story of a teenager having posted comments online that she later came to regret was perhaps not the scoop of the century, the admission by Kent Police that social media vetting does not form part of its standard recruitment procedure raised a few eyebrows. Surely, the commentators asked, this could all have been avoided had Kent Police taken the time to check applicants’s Twitter feeds and Facebook walls?

The Paris Brown case certainly highlights the potential benefits of using social media vetting. Identifying applicants who have publicly revealed discriminatory views, or even past criminal conduct, means employers can reduce the risk of suffering reputational harm. This is especially important for public sector bodies or employers who work in sensitive industries.

This tool does, however, need to be used sensibly as part of a balanced recruitment process. Checking an applicant’s social media profile could give the employer access to personal information relating to one or more of the “protected characteristics” under the Equality Act 2010 (age, disability, gender reassignment, marriage and civil partnership, race, religion or belief, sex or sexual orientation).

If it were later to transpire that information relating to a protected characteristic had been used as a reason not to recruit an individual, or to dismiss them once recruited, the employer would face the very real risk of a discrimination claim at an Employment Tribunal.

Employers can mitigate the risks involved with social media vetting by ensuring that prospective candidates are informed at the start of the recruitment process that social media vetting may be used. In addition, employers should take care to ensure they are only checking an applicant’s public social media presence. There is a difference between, on the one hand, reading tweets that appear as results in a Google search of the applicant’s name, and, on the other, accessing a “viewable to friends only” Facebook profile.

Of course, the best way to reduce the risk of a discrimination claim as a result of any social media vetting is to make sure that recruitment practices comply with the Equality Act. Regardless of what a social media search may reveal about an applicant’s past, the employer’s obligations not to discriminate will remain.

Employers will also want to ensure that they have a clear and up-to-date social media policy in place, so that social media use, including use by employees in Human Resources when vetting applicants, can be monitored and controlled.

Andrew McConnell is an associate in the employment department of law firm Brodies LLP. 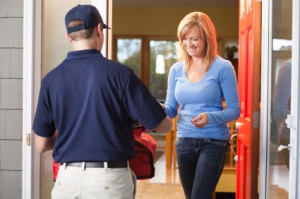 Munch: Will it mobilise the restaurant industry?

12 mobile phones that broke the mould