They have particularly become more popular in times of uncertainty, where occupiers may not be sure whether they will require smaller premises or on a more positive note, larger premises due to expansion.

However, tenants must take care in exercising a lease break option as there will be within the lease strict conditions on this. These conditions usually require vacant possession (VP) of the premises, up to date payment of rents and other sums under the lease, such as service charges, strict adherence to how notice is given and worded, and compliance with lease covenants, such as repairs. Failure to adhere to these conditions can result in the break being invalidated, which can be extremely costly.

If the lease states that VP must be given by a certain date then the tenant must cease occupying the property on or before this date. Furthermore, VP means that the landlord must be able to physically and legally enjoy the property and let it out. So, if for example the tenant’s workmen are still reinstating the premises at VP date then this will invalidate the break clause, as the court found in the case of lbrend v NYK (2011).

Failing to pay rent or other sums under the lease can present a pitfall. In one recent case, Avocet v Merol (2011), the High Court found that because interest was owed following occasional late payment at the time of the break date this meant the tenant was in breach of the break clause terms. Other outstanding payments due under the lease, such as insurance, can have a similar outcome.

Failing to serve notice in the correct way can prove crucial to exercising a lease break. This may mean failing to use the correct wording, delivering the notice to the correct address or by a certain due date. In the case of Hotgroup v the Royal Bank of Scotland (2010), it was ruled that although the tenant had informed the landlord by the due date, because the property manager, that they were due to inform, did not receive their notice by the due date they had failed the terms of fulfilling the break clause option.

Even not following the exact wording in the notice can result in failure of exercising a lease break. In a recent decision by Lord Levison in the court of appeal of the case Friends Life v Siemens (2014), because Siemens did not refer to a specific section of the Landlord and Tenant Act 1954, as stipulated in the lease break terms, the tenant had failed to exercise the option. This decision was made even though the legislation referred to had been revised and superseded.

In the case of an absolute condition, if the tenant is in breach of this condition, no matter how trivial, then they will fail to exercise the lease break clause. For example, in Osborne V Britannia Life (1997), it was found that a single coat of paint was enough to invalidate the break due to absolute compliance required under a clause in the lease. If the way the lease contract is written makes time of the essence, for example in submitting notice of exercising a lease break option, then time will be deemed as an absolute condition.

In conclusion, emphasis is placed on the tenant to make sure they carry out due diligence in exercising a lease break option. With this in mind it is essential to get advice from lawyers and surveyors about this issue as early as possible, even before signing a lease on a property.

Paul Wood is a landlord and tenant specialist at property and construction consultancy Tuffin Ferraby Taylor.

Why you need to get better at delegation 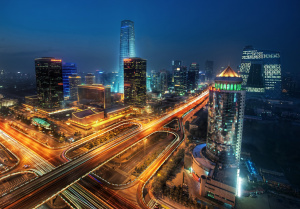 Are face-to-face meetings on the way out?