For the employer, there are huge benefits in hiring interns:

But does hiring an intern sound too good to be true?

The subject has come under scrutiny of late when large, highly profitable companies have been found to be using unpaid interns. If handled badly it can be very bad PR, with accusations of slave labour or exploitation being levelled against the employer.

Potential bad press can be avoided by remunerating interns, perhaps at the minimum wage. There’s a compelling argument that “work experience” necessarily includes “pay experience” as that’s why people work.

Indeed, if you are employing interns as though they count as “workers” in the legal sense, i.e. with a contract and with regular hours, or if you treat them as you would your other workers, they are entitled to at least the minimum wage. It’s worth noting that interns who were not paid at minimum wage when they were in fact workers can claim back-pay for several years after the event.

If they are volunteers, however, particularly in the charitable sector, they are not automatically entitled to payment – but make sure they know that this is the arrangement.

A few minutes on the government’s page on interns should clear up any immediate queries.

There’s nothing worse for the intern or the employer that having interns come in and sit around for hours each day wondering what to do. It will breed apathy and boredom and the intern and the employer won’t be getting the most out of a potentially enthusiastic and productive member of the team.

As an employer, talk to your managers and other staff and work out a structured schedule so that interns know what they are doing the moment they walk through the door. Train them up in some basic tasks so that they can work unsupervised for some of the time.

If you’re using internships as a way of discovering appropriate talent for your own employment, you will only get a full picture of their abilities by putting them in a situation that resembles the real-life working environment. If the intern is getting the most out of the arrangement, then so is the employer.

Samuel-James McLoughlin is Press and Communications Officer at hronline and has over 15 years’ experience in the field. He has worked in HR for the last 5 years and has been with hronline since its launch in 2013. 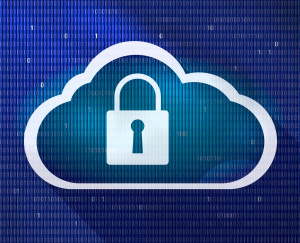