However, without reviewing the detail, many may miss the wide remit of the proposals and the potential implications for employers who have expatriate or non-domiciled employees, or who use the services of individuals employed via an offshore intermediary such as an employment agency.

The proposed introduction of a new criminal offence for tax evasion is a major step. The Government are putting forward proposals for a ‘strict liability offence’ (which would be the first in the field of direct tax). This means that the intention of the taxpayer would not necessarily have any bearing on the outcome of a case.

As the consultation puts it ‘…a strict liability summary criminal offence…means that the prosecution would need to only demonstrate that a person failed to correctly declare income or gains, and not that they did so with the intention of defrauding the Exchequer.’

Since the consultation makes it clear that the proposals are “limited to individuals’ conduct in relation to their personal tax affairs”, you may well ask what this has to do with employers?

If the offence is introduced in the manner put forward and it applies to all income arising offshore (including all employment income), then it is possible to see potential implications for employers. The potential risks and implications include:

For example, many UK employers host employees from overseas who are participants in non-UK share incentive arrangements. Whilst they are in the UK, the employee is normally subject to Pay As You Earn (PAYE) on the exercise or vest of shares, where the shares are tradable. Even where the shares are not tradable, income tax may still be due by the employee via self-assessment.

However, due to the lack of visibility over non-UK plans, employers can sometimes miss this point with regard to tradable shares and fail to operate PAYE upon exercise or vest. Currently, this would lead to an underpayment of PAYE for which HMRC may charge penalties and interest.

Under the new proposals, HMRC would have the power to prosecute the employee for the underreporting of these ‘offshore gains’ in relation to the share event, unless the employee reports these themselves via a UK tax return, and the correct tax and National Insurance Contribution treatment is applied.

Not only would this be a huge embarrassment for the employer because of the implications of being involved in a criminal case, but it could also lead to potential litigation from the employee (i.e. on the basis that the employer did not inform them of their obligations and did not withhold PAYE, where applicable, in the first instance).

Finally, it is not just employers with non-domiciled or expatriate employees that may be affected. Many UK companies use arrangements which, in the past, avoided UK PAYE by securing staff through offshore employment agencies.

Such arrangements are not effective in many cases after 6 April 2014, following the introduction of the new legislation. However, we are aware that employers continue to use staff that are employed via such arrangements and, in some cases, are failing in their compliance obligation to operate PAYE.

This can currently lead to penalties for companies using such staff. However, under the Government’s proposals, HMRC would also have the power to bring a criminal prosecution against the employee where the employee did not report the income via their income tax return. Although employers would not be liable to prosecution under the proposals, again they could be implicated in any case where they had an obligation to operate PAYE in the first instance.

It is important to note that, under these criminal proposals, the employee would not be able to claim as their defence the fact that the employer did not operate PAYE.

The consultation closes on 31 October 2014, so people still have time to register their concerns after which we will have to wait to learn the Government’s final proposals, on which we may hear more in the Autumn Statement.

In the meantime, employers and employees may want to review the proposals and assess whether they may be affected by any future legislation. 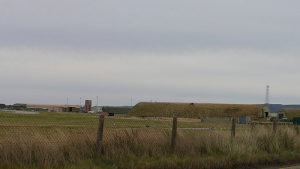 8 sites that could host the UK’s first spaceport