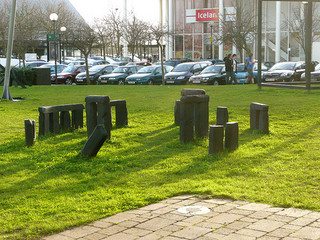 Share via
This autumn, the press featured news of the owner of the Ineos petrol plant in Scotland who wanted to change the rates of pay and pensions for the 800 staff they employed. As they were unable to get agreement from the unions so it came to a stand-off; Ineos said ?accept their terms? or they would ?close the plant?. To every one?s surprise the stand-off did not bring a result that Ineos wanted, so they decided to close the plant and put the trading company into liquidation. By doing that the government?s Redundancy Payments Office (?RPO?), that pays out redundancy and notice pay when an employer goes into liquidation, would cut in. So, in the last week of October there was a mad scramble buy the unions and the government (facing a huge wages closure bill) to agree terms for the plant to stay open. Fortunately, they reached an agreement and disaster was averted. You might wonder why Ineos did not decide to close and start a new company and pick and choose who they wanted offering a new rate of pay. That is illegal under the 1981 Employee Protection Act ? brought in because ship yards in the 1970?s did just that. In brief, if a business is sold as a going concern the new owner will find themselves adopting all of the existing employee?s contracts whether they want to or not. It does not matter what is written in the sale agreement. If they do not need or want all of the employees they will be liable for any redundancy and associated costs for those they make redundant. Another huge risk in getting this wrong is being taken to a tribunal for unfair dismissal. If the costs of making redundancies is high (the longer the business has been going usually the higher the cost) this might deter a potential purchaser from acquiring the business at all or they may want a substantial reduction off the purchase price to reflect the potential costs of making some employees redundant after the sale. In some cases, redundancy may be justified – where unprofitable shops or branches are closed and the staff cannot be easily relocated to a continuing site. As mentioned above, in insolvency situations a government scheme run by the RPO which is a part of the Department for Business, Innovation and Skills, will step in and pay employees their claims they may have for wage arrears, holiday, notice and redundancy pay. However if the RPO believes that a business transfer has taken place they will reject any such claims from employees and point them back in the direction of the new owner. Employment and insolvency law can be a complicated area and you need to take independent legal advice as to how it will affect you if you are thinking of buying or selling a business. If your business is insolvent or looks like it might be facing insolvency in the near future please contact me for an initial meeting. I will explain the options open to you and how employment legislation will affect those options. David Kirk is an insolvency practitioner Image Source