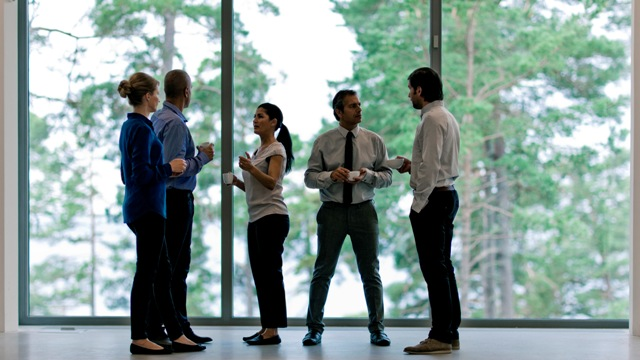 In the Swedish language there?s a word known as ?lagom.? While it has no direct translation to English, it loosely means ?just right.? In the business world ?lagom? is a philosophy to summarise the way in which employees should work. Again, loosely translated it means, ?trim away the fat and only do what?s necessary,? aka, ?the lagom amount.?

It?s not uncommon to walk into a Swedish office and find a basketball net on the wall and saunas in the bathroom. In addition, you?ll rarely have to address anybody formally, not even bosses. ?Mr? and ?Mrs? are words that have no place in Swedish vocabulary. Even teachers and doctors generally keep everything on a first name basis. Clothing is often casual, yet conservative; however, the Swedes generally dress well, so the definition of ?casual? is certainly of a higher calibre than in other countries.?

Get your employees to wear uniforms

The Swedes are world famous for their customer service. Even in other countries ? especially Australia and the UK ? you?ll find hundreds of Swedes working on the front-end and commandeering the phones. Believe it or not, one of the reasons why is because of their uniform policy. In the service industry virtually everyone will have the same uniform, regardless of their status or title. A case study conducted by Corporate Clothing Wear concluded that uniforms can lead to a unified sense of workmanship and create better employees ? which is a concept clearly reflected in the Swedish working environment.?

Shorten your chain of command

There tends to be less hierarchy in Sweden than in other countries. This is partly because the chain of command is smaller. Employees will often take complaints and issues directly to managing directors, who are more openly available than in other countries. In addition, new ideas for future company directions are often shared among employees and discussed, rather than hidden until the very last minute. This not only allows employees to have more control, but gives them a much stronger sense of purpose ? which is positively reflected in their job performance.?

The Swedish working day finishes at 5pm and most businesses and stores close at this time as well. In fact, it?s virtually impossible to find anywhere open past 9pm, especially on the weekends. Sweden takes workers? rights very seriously and there?s a fluid collaboration between employers, employees and unions to ensure that Swedes have the perfect work/life balance.?

Give everyone regular coffee breaks

According to The Atlantic, Sweden has the third largest rate of coffee consumption in the world, trailing only behind their Finnish and Dutch neighbours. If you?ve ever known a Swede, no doubt you?ve heard the word ?fika? before. Like ?lagom,? there?s no direct translation; however, it loosely means ?coffee break.? Every day for roughly one hour, Swedish people will go out for a fika ? often during working hours ? to have a coffee and pastry with friends or co-workers. Fika isn?t a time to discuss business, it?s a time to enjoy the day and relax without any outside influence. Allowing a fika during the day can result in employees that are refreshed and more productive.?

Swedes work to live, not live to work. They never do any more than necessary or spread themselves thin, which ensures that the job at hand is completed to perfection. Sweden is known for its high quality of life, which is partly due to the way they tackle business. Bosses strive to create happy, healthy employees that are productive, efficient, and most importantly, a valued part of the team. Aaron Hopkins is a freelance writer. Image source