Why are senior women professionals leaving their high-paying jobs and walking away from careers during their most productive years? According to research, they were:

These powerful women are now finding their voices as entrepreneurs. They are passionate, engaged, (sometimes overworked and underpaid) but they are very much fulfilled. Somehow, they make the challenging path of entrepreneurship work for them.

The entrepreneurial women we spoke to, and who responded to our research, made it clear that large corporations need an injection of gender-savvy entrepreneurial ethos. It is the lack of this ethos which explains why women are leaving large businesses.

The grass is not greener

However, even in the journey into entrepreneurship, women face serious obstacles. Women find it harder to access funding. They also find it harder to pitch to venture capitalists. According to professor Sara Carter, author of the 2006 Women’s Business Ownership report there is “unequivocal evidence that women-owned businesses start with lower levels of overall capitalisation, lower ratios of debt finance, and are much less likely to use private equity or venture capital. The level of startup capitalisation used by women-owned businesses is, on average, only one third of that used by male-owned businesses”.

There are also indications of bias in financing systems: recent evidence from the UK Survey of SME Finances reported that women were charged more than men on term loans (2.9 per cent vs. 1.9 per cent).

Lack of confidence and fear is holding women back

What are the implications of these facts?

Entrepreneurial women have to look at failure in the eye. Success is always highlighted and aspired for. Discussions around failure are swept under the carpet. As someone who has experienced failure first hand and lived to tell the tale, it is critical for other women to learn from the very basic mistakes I made. Under-capitalisation was one of them. However, access to angel funding is increasing, with more and more angel networks and VC’s working to support women’s enterprise. Tap into them, and pitch to everyone you can.

Networking with other female entrepreneurs is also important. Seek out the influencers. (They may also be your future angels too!).

Corporate women, women who are still employed and may be looking for their next career move (which may not be necessarily in the corporate world) are a great potential support group. I didn’t maintain my corporate network when redundancy hit. I started from scratch, and closed out the women (and men) who could have been my seed investors and key brand ambassadors.

Meanwhile, banks, telephone companies, accountants and legal firms really need to tap in into the female mindset. They need to offer support that is specifically targeted to women, and, women-friendly. This falls beyond women-only events. Creating time-saving product and service packages which take into consideration life-stage and caring issues (which are likely to affect women more than men) is key.

Women’s enterprise can refuel the UK economy, and expand job creation, However, both entrepreneurial women need to be supported and their potential fears addressed, but also industry needs to tap into their mindset and offer products that work for them. It is only when the two sides of the equation meet that female entrepreneurship will sky-rocket.

Christina Ioannidis is an international speaker, consultant and serial entrepreneur. She is the CEO of Aquitude, and is also the co-author of the recently published Your Loss: How to Win Back Your Female Talent on how companies can retain their female employees, as well as, their female customer bases. 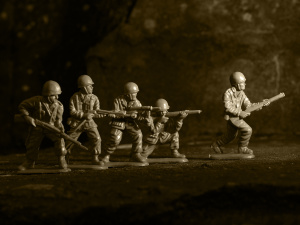 Can an affair damage your business?