When it comes to employment law, this change is taking the UK by storm. The Equality Act 2010 Regulations have now been published in final form and are due to come into force on 6 April 2017. The regulations will require all private sector organisations with at least 250 employees to publish details on the gender pay gap, based on a snapshot of pay data as of 5 April 2017. Data will need to be published no later than 4 April 2018, with employers being required to publish pay gap figures annually thereafter.

The regulations extend not only to basic pay but also require employers to take steps to calculate and publish details of bonus pay gaps. Importantly, the regulations introduce some fairly significant changes to the approach contained in the previous draft. Reporting requirements for public sector organisations are expected to mirror these provisions.

The prime minister intends to trigger Article 50 before the end of March 2017, thereby beginning the formal process of the UK leaving the EU. This will not result in immediate changes. Although much UK employment law is derived from the EU, leaving the EU will not bring about changes to our rights. But the potential implications for the future are significant. It remains to be seen whether she will have the freedom to trigger Article 50 – the government’s appeal against the High Court decision that Article 50 could not be triggered without Parliamentary approval was heard by the Supreme Court in December 2016. The decision is expected early in 2017.

Also soon to change in the employment law landscape is the funding of apprenticeships, starting in April 2017 as a result of the introduction of an apprenticeship levy (part of the government’s initiative to fund 3m new apprenticeships by 2020). UK employers whose annual pay bill exceeds £3m will be required to pay 0.5 per cent of their pay bill via PAYE by way of levy sums. Employers will benefit from a £15,000 allowance to offset against the levy. Bosses will access their levy sums through an account with the Digital Apprenticeship Service, with the government adding an additional ten per cent top up to the levy sum each month.

Separate arrangements will be put in place for Scotland, Wales and Northern Ireland. Employers who pay the levy can use their levy sums to cover the cost of apprentice training, assessment and certification from approved providers. The new rules also affect employers who will not be subject to the levy; they will be able to benefit from the new funding system from May 2017, with 90 per cent of their training costs being funded by the government.

The tax-free childcare scheme is expected to be launched in early 2017. The scheme allows working families to claim 20 per cent of childcare costs for children under 12 (or children with disabilities under 17) from the government. The costs that can be claimed will be capped at £2,000 per year and there are certain eligibility requirements in terms of minimum and maximum income levels.

The government will make changes to the tax status of salary sacrifice benefits with effect from April 2017, with most salary sacrifice schemes becoming subject to the same tax as income. These employment law changes follow the plans set out in the government’s 2016 Autumn Statement. Arrangements in place before April 2017 will be protected until April 2018 or April 2021, depending on what they cover. The change will affect different salary sacrifice arrangements in different ways but only a few will continue to benefit from tax and NICs relief.

More employment law changes are on their way 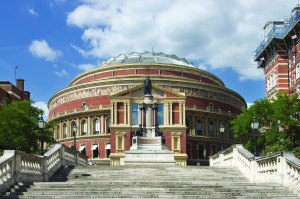 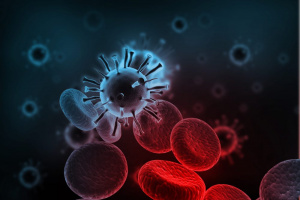