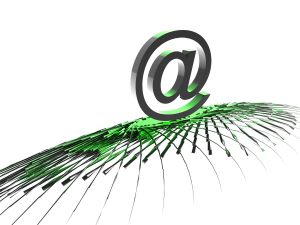 This is the third in a three part series examining the strengths and weaknesses of email. View the second instalment here.

A conversation between five people is more efficient as a discussion in a social network rather than as a long series of emails copied to all participants; the result is a single, definitive view of the discussion available to all participants and easily discoverable by other network members who are entitled to see it. The benefits of social networks inside an organization were documented extensively in a July 2012 report from McKinsey Global Institute (MGI) entitled ‘The social economy: Unlocking value and productivity through social technologies‘. MGI found that social technology can improve the productivity of knowledge workers by 20-25 per cent by reducing the time spent reading and answering e-mail, searching and gathering information, and communicating internally. But many organizations are yet to deploy any serious social network within the company, so are failing to achieve the benefits MGI describe. There are many reasons for this, and these are mostly about perception and company culture rather than technology. Firstly, enterprise social networks have had something of an identity problem. The term ?social business? is still commonly used to refer to both external use of social networks, such as engaging with customers on Facebook, and internal use for employee collaboration. The finding of a recent survey claiming that 74 per cent of companies use Facebook for enterprise collaboration is surely a result of this confusion ? while it is very likely 74 per cent of companies use Facebook for business of some sort, it is somewhat implausible to suggest that they all use it for internal collaboration between employees. This lack of clarity about how social technology is being applied leads to scepticism and hostility from senior management. Lazy, inaccurate terms like ?Facebook for business? or ?Twitter for business?, only perpetuate this problem, painting a picture of a platform for office gossip and workers sharing photos of their children and pets. The common ?virtual water cooler? metaphor is equally unhelpful, because it suggests that social networking is for the gaps between real work, rather than for real work itself. It is increasingly clear that for social networking initiatives inside an organization to succeed, they need to support real work. They need to help employees become more productive at the tasks they were already performing, rather than becoming yet another communication channel to keep up with. A few years ago, it was suggested that an employee social network could be created from the ground up by a group of enthusiastic employees without management involvement. This is now accepted as a myth; applying social networking to real business processes is something that needs to be planned and deployed with management approval.  More often than not, such initiatives fizzle out after the initial enthusiasm wears off and fails to establish its relevance to business objectives. Charlene Li of Altimeter Group, in her February 2012 report ‘Making The Business Case For Enterprise Social Networks‘, finds that ?the reality of everyday work pushed ESN use to the side, causing people to pull away from their ESN activities and return back to their original work and communication patterns?. Put simply, if the network doesn?t support real work, it will fail, because employees will inevitably be pulled back to where their real work is. It has also become clear that some types of organization find it easier to implement ESNs than others, and derive greater benefits. Distributed workforces benefit more from ESNs than small companies where everyone is in the same office, as they have less opportunity for face-to-face communication. Companies that strive to be more open and empower employees to make independent decisions are far more likely to create a successful, thriving network than those who are actively trying to reduce the flow of information. Looking back, it seems surprising that these best practices were not obvious years ago. Indeed, many social business advocates have been making these points for a long time. But for every organization that listened to this expert advice and implemented a successful ESN, many others fell into the ?Facebook for business? trap and failed. But they should not be deterred by that failure ? the potential of enterprise social networking to improve business communication is increasingly compelling. It just needs to be planned properly, and aligned to real business objectives. Richard Hughes is the author of ‘Business Communication Revolution’, and director of social strategy at BroadVision. Image Source