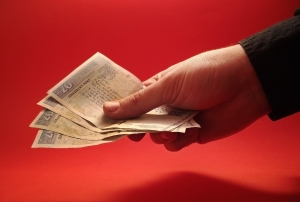 This has been so noisy in recent years, since the 2008 sub-prime bubbleburst, that I am convinced it is merely a default subject when either political party senses that ‘business’ hasn’t been in the headlines recently. The tone of the headlines sounds so desperate at times as to imply an imminent hiatus in UK business if this matter isn’t addressed. I am not convinced that the need for all of this ‘alternative’ funding is as important as it is portrayed.

We accept as fact that since 2008 the regular banks have reined in their lending, which is a natural response to their previous over-lending. A good entrepreneur will seek and secure investment from alternative sources as the banks reduced willingness to lend is perceived as a challenge to overcome or get around, not the end of the road. In fact, I  guess that the alternative funding streams may actually be more appropriate, lending more than just finances. For example, personal commitment or proven commercial expertise. Interestingly, amongst my local business community, there is no issue around borrowing finances, it’s a message that appears to dwell predominantly in the media and minds of politicians. Why is this? Historically and traditionally we are programmed to approach the banks for finance. 2008 caused a paradigm shift and whilst those of us on the front line are comfortable with this, the banks and politicians haven’t caught up with us, yet. The reasons are two-fold: ego and economics. The banks and the City have always been thought of as the ‘big boys’ and we SME’s should turn to them for support. They are used to being in control, to dominating us. However, 2008 revealed that the ‘big boys’ actually aren’t that great at managing their own businesses. Their validity to dominate has been undermined but their ego has not been humbled by this fact. Without being an expert in economics I can make an educated guess that the banks and the state are used to making a profit from failing SMEs through their financial relationships with us and so our effective resourcefulness to secure alternative finance streams actually takes an income stream away from the ‘big boys’. These are the real reasons for SMEs needing financing from the ‘big boys’ being in the headlines, it is their income streams which are being affected, not the SMEs. The new world of SME finance sees Aunt Jo more likely to make an investment in her nieces venture, it sees Uncle John revealing his prowess as a mentor and neighboring business owners taking more than just a passing interest in each other’s commercial ventures. This has all happened before, the difference now is that there is more of it and people are proud and open, they are not keeping it secret from the ‘big boys’ anymore. Our UK DNA as a nation of shop keepers has prevailed and revealed its talents of diversification. We don’t need the ‘big boys’, how long will it take for the ‘big boys’ to adjust to their new relationship with SMEs? Maybe we’ll start asking for their investment once more when they have grown up and proved that they can run their businesses as well as they have expected us to run ours in the past. Meanwhile, Aunt Jo and Uncle John are taking a genuine and regular interest in their investments. Samantha Acton founded Domestic Angels in 2002, providing home cleaning services across the Bournemouth, Poole and Christchurch areas. Image source