The Supreme Court recently gave judgment on an area of law that has implications for many businesses – whether you’re an employer or employee. On April 25, 2012, the highest appeal court in the land ruled on the link between direct and indirect age discrimination and the retirement age of employees (Seldon v Clarkson Wright and Jakes and Homer v Chief Constable of West Yorkshire Police).

The first case concerned a claim brought by Leslie Seldon, a partner since 1972 at a well-established law firm, against the decision by his fellow partners to force his retirement at the age of 65. This “mandatory” retirement age of 65 was set out in a partnership deed that Seldon signed. However, when Seldon reached 65, he appealed to the partnership to allow him to continue working, which his colleagues rejected, citing the partnership deed that Seldon was party to.

His case was appealed all the way up to the Supreme Court who ruled that direct age discrimination (eg, losing one’s job as a direct result of reaching a certain age) can be justified by an employer if it relates to a “legitimate aim” that is “proportionate and necessary”. However, they added an extra hurdle that such a “legitimate aim” must relate to a “social policy” objective rather than just the business aims or concerns of an employer, such as improving profitability.

In this way, two of the three aims proposed by the firm in their defence – namely, workforce planning and staff retention – were found to meet this test as they satisfied the social policy aim of promoting employment opportunities between the generations. The third aim proposed by the firm – that of limiting the need to expel partners – was also held to meet the test as it related to the social policy aim of maintaining employees’ “dignity”.

The second case considered in the Supreme Court’s judgment concerned indirect age discrimination. This occurs where a provision, criteria or practice is applied, for example by a business, to all employees, yet it puts employees of a certain age at a disadvantage. An example would be a new policy that all managers must have 20 years’ prior experience. This policy may put younger yet ambitious and capable employees at a disadvantage.

In this case, Mr Homer was employed as a legal adviser by the Police National Legal Database, who brought in a new employee grading structure where the top tier required a law degree. Homer did not have a law degree, was aged 62 and was due to retire at 65. He was thus prevented from achieving the top tier as he would have only attained a law degree after his retirement.

The Supreme Court held that the test for indirect age discrimination is broader than that for direct age discrimination. While there still needed to be a “legitimate aim” which was “proportionate”, it need not relate to social policy aims but could “encompass a real need on the part of the employer”. The aim only need be appropriate and reasonably necessary.

How does this affect businesses?

Although, on the surface, this ruling seems to give carte blanche to employers who are secretly plotting to cull those employees who are slightly longer in the tooth than their younger counterparts, a few cautionary factors must be considered.

The default retirement age of 65 was abolished in 2011 and, in Seldon, the Supreme Court referred an important issue back to the employment tribunal to determine: whether 65 was the correct age to meet the social policy aims of the firm. We will have more clarity when the employment tribunal rules on this point but, in the meantime, employers should be mindful that they will need to justify any age they set in a mandatory retirement policy as both legitimate and proportionate as a social policy aim.

Even regarding indirect discrimination, the employer will need to show that the decision is proportionate and different industries may have specific needs and age requirements that need to be addressed and cannot be arbitrarily dismissed.

Rather than open season on those approaching retirement age, businesses need to be more measured than ever in their justifications for retiring employees. What is clear is that, if anything, the esteemed and seasoned members of the Supreme Court have erected a new set of obstacles for businesses to navigate through. One must respect one’s elders after all.

Rory Lynch is a lawyer in the  employment team at Spring Law. 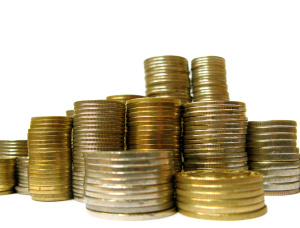 Open for business: your options when the bank won’t lend 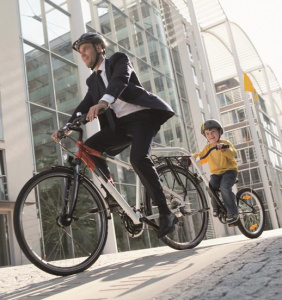