We often hear about American unicorns, but what about big British business ideas?

In October, I wrote about a skills shortage when it comes to digital positions in the UK.

How are we going to thrive in a digital world if we don’t have enough people with the right skills?

It touched a few nerves and obviously made a few people think – but there’s more. Where are the next big British business ideas going to come from?

By this, I mean, where will will find the next UK-based LinkedIn or Facebook or Google?

These are huge companies that have changed how we do things, technically and culturally. We’ll just Google, is a common phrase. People spend countless hours on Facebook, and business connections are made through LinkedIn.

These sites are based in the US, although, of course, they do have satellite offices around the world.

And will they come from the UK? Where are these big British business ideas?

Tech evolution dictates that innovation is happening all the time, and that new ideas are coming to fruition all the time.

But where are the big British business ideas challenging the US-based giants? When you read the headlines, more often than not, it is the US tech sector that is moving forward.

Are we doing enough to promote innovation in the UK? Are we investing enough into research and development, and marketing? Are we encouraging these big British business ideas?

There is so much going on in this country, but it is often the US firms who break through.

And yes, there are extremely successful companies who develop tech that is used in hardware, such as iPhones, or develop leading-edge software, but they’re not the main event.

My Autumn Statement would involve money being injected into research and development, and encouraging ideas and innovation.

My vision would be for the names of big British business ideas to be making the headlines across the world and to be used in common language of everyday usage.

Chancellor Philip Hammond took a step in the right direction as he committed £400m of VC funding, while prime minister Theresa May promised a £2bn R&D investment. Let’s hope these patterns continue, so that big British business ideas may become a reality.

Dave Hartshorne is from digital marketing and ecommerce firm Dijitul

The top cities and sectors for UK job growth 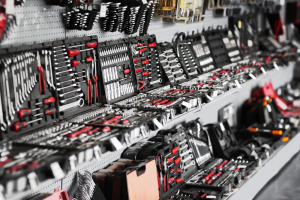 To create a skilled workforce, Philip Hammond must give people of Britain the right tools