Location is key for those hoping to lead Britain’s fastest growing businesses, but it will vary depending on the type of company. A retailer would ideally want to be front and centre on a bustling high street, of course, while a warehouse could sit comfortably on an industrial estate.

But beyond the fixed whereabouts for a premises, considering business locations also requires thought about the regional positioning, which is important as cities provide differing levels of enterprise support.

Andrew Chamberlain, Glassdoor chief economist, said: “Cambridge has long had a reputation for one of Britain’s most loved cities, but now it’s emerged as a prime spot for high-tech companies which is clearly having an impact on where people decide to live and work.”

So with our Hot 100 2016 now officially revealing the fastest growing businesses in Britain, we’ve broken down the locations of the firms listed to highlight regional trends and developments.

Perhaps a surprise to nobody, London was the home for most fastest growing businesses listed in the Hot 100 2016, but it was closely followed by Essex and Surrey. Elsewhere, the Midlands and Yorkshire proved to be rather popular too, while fast growth is also seen in locations as far afield as Wigtownshire – a Scottish county in the south west.

Check out the breakdown of key business locations in the Hot 100 2016 below.

Sadiq Khan became mayor of London in May and has wasted no time in promoting his focus on businesses in the city. Promising to be the “most pro-business mayor yet”, Khan has repeatedly declared “London is open” in a bid to keep investments coming as the Brexit bell continues to ring.

“Our city is a global financial capital, a creative powerhouse and an international centre for business. We are home to an incredible mix of innovation and entrepreneurship,” Khan said.

“The UK’s decision to leave the EU was not the result that London wanted. But my clear message to our friends from across the world is that our great city is open to you all.”

As a result, the Night Tube officially launched and has been complemented with the appointment of a night czar to ensure the late night economy thrives – avoiding outcomes like the closure of Fabric nightclub.

Elsewhere, Khan and 23 SMEs flew to the US for a trade mission in New York and Chicago – the latter of which was found to invest more money in over the past decade ahead of cities including Tokyo, Singapore, Amsterdam and Paris.

Away from the bright lights of London, Essex and Surrey accounted for the most businesses from the Hot 100 2016, housing eight and seven businesses apiece.

As such, the South East of England is a force to be reckoned with when it comes to business locations, and that’s before adding in the numerous companies in the ranking from Kent and Hertfordshire.

In fact, Surrey-based tiles supplier Domus actually topped the Hot 100 2016 fastest growing businesses list with a growth rate of 100.7 per cent and a £27.6m turnover.

Estate agent Knight Frank supported the South East of England business strength – it revealed new office take-up around the M25, M3 and M4 motorway areas in the third quarter rose to be higher than expected.

Although Gatwick Airport lost its contest for a third runway, the 2025 Heathrow expansion is set to be a huge boon for the country’s economy on the whole.

John Holland-Kaye, chief executive of Heathrow Airport, said: “A new runway will open trade routes and create jobs up and down the UK.”

This year started with an upwards focus for crowdfunding platform Crowdcube, which committed to the North West of England with an office opening in Manchester, described as an “exciting opportunity to further stimulate the startup scene”.

George Osborne may have lost a seat of power once Theresa May replaced David Cameron, but in the Budget 2016, he promised “radical devolution of power” for his beloved Northern Powerhouse.

And as of November, over £5bn worth of investment opportunities in the region were made available to China, including doubling the size of MediaCityUK.

“Investors from abroad know that the North has some of the world’s best and most talented entrepreneurs and businesses, and today we’re showcasing 13 oven-ready opportunities to them which could create thousands of jobs for years to come,” said Percy.

In early 2016, former business secretary Sajid Javid oversaw a visit from the Chinese minster of commerce to power the “Midlands Engine”.

Fast forward to November 2016 and the inaugural Midlands Engine trade mission to China has taken place to promote the UK region’s £222n economy. According to the government, the Midlands is the only part of the UK where Chinese trade increased by more than double last year, compared to 2010.

“This mission brought the Midlands Engine to one of the world’s biggest markets,” said international trade minister Mark Garnier.

“Government has been helping organisations build their relationship with China and boost their global brand. Over five years, exports of goods from the Midlands to China have more than doubled to £4.5bn.”

Among the various fastest growing businesses rapidly growing across the Midlands, Leicestershire was a key hotspot. 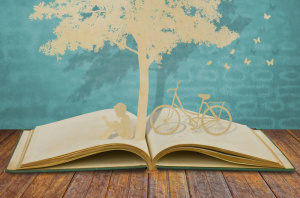 As the main character of a story, your actions impact staff and customers alike 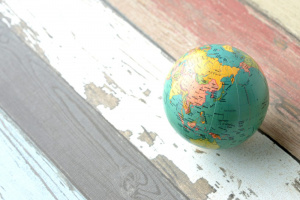 How to successfully launch a business overseas