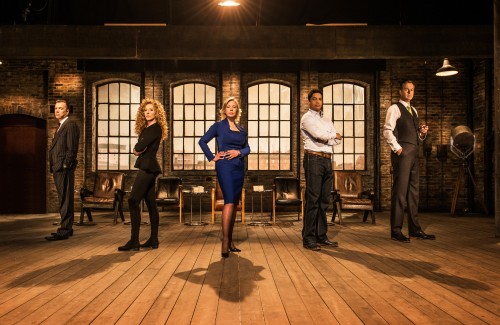 Share via
So far, the Dragons’ total investment is ?15,700,069. That’s a hefty sum! According to Merchant Money: ?The Dragon ho invested the most times per episode was Theo Paphitis, with 42 investments over 78 episodes. He was closely followed by Peter Jones, James Caan and Deborah Meaden, who all invested, on average, once in every two episodes. Meaden is often slammed for being among the stingiest business celebs on the panel, but our data shows the reverse.? In a 2007 Guardian interview, Meaden suggested that despite being ?criticised all the time for not investing?, she was ?one of the highest investors?. ?I come over as quite blunt, and I wonder if that is why people miss the point when I am saying, ‘You are very good, I like you’. I?m very direct, I don?t believe in wasting time, in wasting words.? But it seems that key to winning Meaden over lies on, you guessed it, knowing your stuff. ?Stand in front of me and ask me for a quarter of a million pounds when you can’t be bothered to tell me what your turnover numbers are and I am that person,? she explained after being asked whether she was just as mean in real life as she was as a Dragon. In fact, there are only two series in which she didn’t make than two deals. Per average, she’ll put her money on the line four times in every season. Read more about getting a Dragon to invest: On the other side of the scale, the Dragon who invested the least amount of times was Doug Richard, with Simon Woodroffe and Kelly Hoppen close behind.

?You need to have a great idea first and foremost,? said Hoppen, the Dragon about to leave the Den. ?Something that will capture people’s attention and draw them in. There has to be some form of business plan which can prove or show that there is some form of profit to be made at some point along the way. ?You need to have done thorough research into everything to do with your product or brand. Ask questions you wouldn’t normally ask, think outside the box a little and be bold.? That being said, along side colleague Piers Linney, they made the highest combined investment of the season.?Jennifer Duthie, who pitched a line of children’s shoes that could be scribbled on, convinced Hoppen and Linney to contribute ?30,000 each for? a combined 25 per cent stake in the business. But analysis has shown that 52 per cent of total investments on the show are individual contributions, with the highest individual investment made by Paphitis in October 2012. “He shelled out ?258,253 for a stake in internet-based trading hub Zapper, which allows people to get cash for unwanted books, CDs and DVDs,” explained Merchant Money. ?The investment came as something of a surprise after company owner Ben Hardyment was forced to admit that three existing investors each had a ten per cent share in the company that had cost them just over ?16,000 each ? a fraction of the ?250,000 that Hardyment wanted from the Dragons for a smaller stake of just 7.5 per cent. When Peter Jones declared himself ‘insulted’, Paphitis smelt opportunity to negotiate a 30 per cent share for his wonga.? He previously did the same back in 2007. Initially Emmie a Ed Stevens offered a ten per cent stake in their company Gaming Alerts. They?walk away with ?200,000 of Paphitis? money in exchange for 30 per cent of their business.

But no Dragon has spent as much individually in a single series than Jones in series ten. His investments totalled a whopping ?656,035. He invested in seven companies, including Megaflatables, myBunjee,?A Turner & Sons Sausage and Skinnydip. In that same season, Jones co-invested three times. He is also the only Dragon to have made a minimum of three deals every season. In a This Is Money article he said: ?Presentation for me is really important. So that is why I really hanker on the way someone dresses, it shows how [much] they care. When they wake up in the morning and can’t be bothered to have a wash or a shave and put their ripped jeans on like they have just come in from the night out before. There is no preparation there is no drive or enthusiasm. I want people to care. ?It is a very small part, like a little tick in the box for me. When they pitch their idea to me, I am thinking about the market ? will the consumer want buy, do they want it, how good is their pitch and how good is the return on investment. In other words if I give him or her my money how much am I likely to get back. ?There are so many things to think about – but the bigger picture is ? could this product or service become a big company. We don’t just want investments and how do we use our influence to add value to the business.? Continue to read about super duo Meaden and Pahpitis and the only two investments to garner ?250,000. By Shan? Schutte