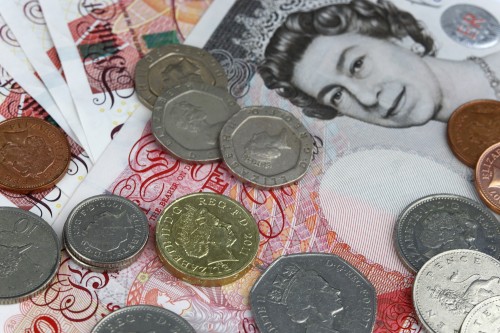 The study found that those who tended to have higher incomes were extroverted, sensors (as opposed to using intuition to view the world around them), thinkers and judgers. People with those individual areas had higher average incomes than their counterparts.

The average income for ENTJ types was over twice that of INTP types, and Truity suggested these findings could provide ?a rich source for understanding how and why we achieve career success?. The differences in personality could also provide insight into why some of us make certain decisions at work, why some are more likely to take big risks in order to start their own businesses and while others wouldn’t leave the security of a consistent pay check. Truity used a web-based questionnaire to capture data related to personality type and career outcomes. A total 25,759 volunteers completed the survey, though not all respondents completed all the questions. ?What is your yearly income?? received the lowest response rate ? with 12,559 volunteers answering. To examine income, the sample size used was 1,505, and it found that the top of the chart was dominated by Thinking Judging (TJ) types, while Introverted Perceiving (IP) types made up the bottom of the income scale. The study agreed with other previous research suggesting those who were “conscientious” ? defined as a tendency to persist towards a goal ? tended to be more successful and earned more. Those relatively low in ?agreeableness? ? prioritising the needs of the group over the needs of oneself ? also tended to rise higher up the career ladder. In terms of management, extroverts managed larger teams ? similarly so did thinkers and judgers. ENTJ personality types supervised the largest average number of employees. While the average introvert said they supervised 2.8 employees at work, extroverts averaged at 4.5. The study theorised that a ?willingness to take on managerial responsibility means an increase in income, and extroverts are likely more interested in this type of role”. Read more on income: When it came to job satisfaction, the results were also interesting. ?ENJS, despite earning more and having more responsibility, came in fourth,? the study said. ESFJ was the most satisfied type, and then ESFP and ENFJ. Those with a ISFP personality type were the least satisfied with their jobs. Elsewhere, the research also considered the gender pay gap. Referring to research from the Institute for Women’s Policy Research in 2009 that estimated women earn between 70-80 per cent less on average, the study speculated as to whether ?ESTJs appeared to be especially high earners partially because this type is predominantly male?.  To examine the effects of gender on income for different personality types, Truity calculated the average incomes for men and women separately and found that ENTJ, ESTJ and ISTJ were among the top-earning types for women as well as men ? indicating that these types’ position in the top-earning positions ?is not simply due to their overrepresentation among men?. By Rebecca Smith