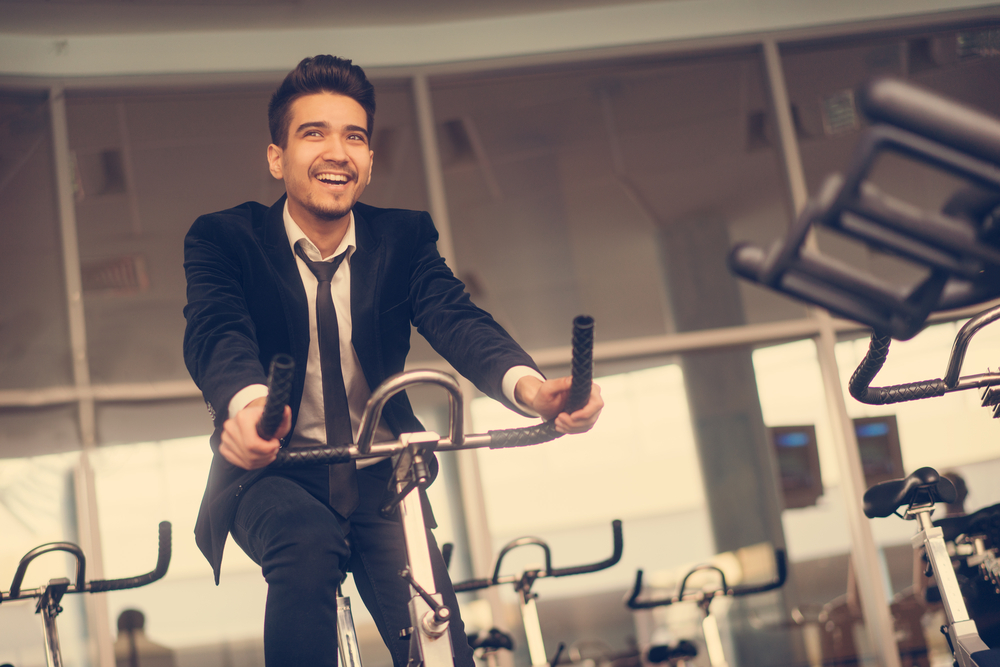 According to some figures, no pun intended, more than a third of UK workers claim their employers have directly contributed to higher levels of obesity.

So now, alongside reasons like, “I?m too busy”, “I?ve tweaked my hamstring” and “oh, one more biscuit won?t do me any harm”, they can now say, “my boss is making me fat!” The government estimates that obesity contributes to the loss of 16m incapacity days each year and the company behind the study, which peddles health plans, reckons that its survey suggests employers could be part of the problem. The research said that 59 per cent of those questioned believe longer working hours is the main reason for obesity in workers and that 44 per cent lay the blame at the door of unhealthy vending machines and tuck shop snacks.  To be honest, this doesn?t surprise me considering the blame culture that has infected parts of our society. At the end of the day however, a healthy lifestyle is a choice and the motivation and self-control, not excuses, need to come from the individual themselves. Even if a business doesn?t have a canteen and only provides vending machines, it doesn?t mean workers have to feed their coins into the machines to feed their hunger. How about filling a lunchbox with healthy snacks rather than grabbing a Snickers and a bag of crisps from the machine or getting up half an hour earlier for a run?

That said, it does, as they say, take two to tango (which is not a bad form of exercise in itself so I?m told) and businesses, with the willingness of their staff, can make a difference. Take the Pimlico fit club for example. It was originally created by members of my team that wanted to exercise more. It didn?t, and still doesn?t, matter to them that they have to come in earlier or leave later to take part in the sessions. They?ve balanced the importance of their jobs with the importance of their healthy lifestyles. While they set it up, I bought into it straight away and really got behind it and regularly take part. It?s led to all sorts of healthy initiatives at Pimlico including the creation of a large in-house gym and complementary personal training sessions for staff. And it doesn?t stop there, as part of my continued investment in our headquarters we?ve got decent showers, as you?d expect from the country?s premier plumbers, and large changing facilities.   On the same note I?ve also expanded our canteen into a 1,000 square foot dining area, which serves a great menu of healthy meals and snacks ? as well as the plumbers? staple of the bacon sarnie of course, you can?t extract that from our DNA! Of course, not all SMEs can afford in-house gyms and canteens, but there are simple ideas, like the fit club, that are simple to do. Businesses can also dump the vending machines to remove temptation.  The point is that, yes a healthy workforce is good for business, and it?s in employers? interests to keep their workers fit, but the responsibility can?t be laid squarely at the feet of firms. There has to be a desire from employees to want to be healthy too and using their employer as an excuse just doesn?t wash with me. Elsewhere, here?s why women have slated Superdrug?s ?ridiculous, sexist? fitness marketing effort. Image: Shutterstock