International trade minister Greg Hands has announced his resignation, claiming the government will be whipping the vote over plans to build Heathrow’s third runway on Monday. Hands maintains his opposition to the new runway.

Hands is the Conservative MP for Chelsea and Fulham, and it had previously been speculated that MPs of affected constituencies might be able to refrain from taking part in the Commons vote.

According to the announcement Hands on Twitter, Hands had written to prime minister Theresa May earlier this week to make clear his intentions.

As the Government will be whipping the vote on Monday, this means I am resigning from the Government. It has been an honour to serve the Prime Minister (and her predecessor) for the last 7 years and I wish the PM & the Government every continuing success. https://t.co/GQedGcfy80

The move has put pressure on foreign secretary Boris Johnson, who has also made clear his opposition to the runway. However, despite the whipping, Johnson will be allowed to miss the vote as he will be out of the country on Monday.

All eyes on anti-third runway campaigner Boris Johnson.@faisalislam says: “It just so happens that the vote is on Monday – also the same day as an EU foreign affairs council, which sometimes foreign secretaries are required to attend. That happens to be far away in Luxembourg.”

Meanwhile, the Labour party opposes the development, but will be allowing a free vote. It is likely that the plan will secure enough votes to go ahead.

Earlier this month, the government published the proposed Airports National Policy Statement (NPS) backing the development.
Transport secretary Chris Grayling said: “Expansion at Heathrow presents a unique opportunity to deliver a multi-billion pound boost to our economy, strengthen our global links and maintain our position as a world leader in aviation.

“As we leave the EU, the UK must remain one of the world’s best-connected and outward-looking countries and a third runway at Heathrow is the best option to deliver this.

“We have listened to views through our consultations and will ensure a world-class package of measures to help any local communities affected by the expansion.” 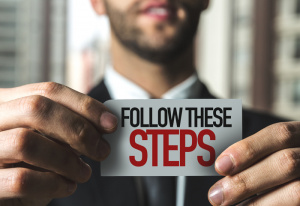