In July 2013 the Government called for evidence on the whistleblowing framework that is in place. In June 2014 the Government response to the submissions that it had received published by the Department for Business Innovation and Skills. This acknowledged that the framework being considered by Government was more concerned with protecting the whistleblower in the workplace once a report had been made rather than investigating whatever had been reported.

Furthermore, the Government made it clear that it did not want to legislate or compel businesses generally, or in particular sectors, to put in place a whistleblowing process or appropriate procedures. However, a non-statutory code of conduct would be introduced by the end of the year on a best practice basis.

The Government position is understandable – Tesco have had whistleblowing procedures in place for many years; the problem seems to have been that the predominant culture and processes in place did not support the proper investigation of reported issues. This is where the difficulty lies.

Government’s view is that legislation and regulation will not change a prevailing culture and the best that can be done is to encourage change by recommending best practice. But if the financial crises and scandals that have occurred over the past six years have taught us anything it is that the ‘light touch’ approach does not work in a highly competitive and financially complex world market driven by results in respect of bonuses and possibly even survival of the entity.

There was no coyness when it came to dealing with money laundering, client money, the solvency of financial institutions or bribery – far reaching legislation and regulation was introduced to deal with what were viewed as serious threats to both business and the economy. The importance of reputation, of how UK plc conducts its business is fully appreciated now more than ever before. The most damaging consequence of the Tesco scandal is not the financial loss, but the perception among consumers in the UK and worldwide that Tesco is damaged goods where systemic bad business practices were allowed to flourish.

We work now in a business environment where the Government cannot afford to spend vast sums on business regulation and investigation. Corporate governance, self regulation and self reporting is the new black in terms of instilling a business culture that will attract foreign investment and promote financial stability. In this respect whistleblowing represents the front line when it comes to the detection of malpractice and fraud. The failure to both recognise and address this represents a huge oversight on the part of our legislators.

We all know that what has to change is based in values and culture and that legislation on its own is not going to solve the problem. However, requiring regulated and listed entities to allocate senior personnel to be responsible for the maintenance of policies and procedures, which facilitates whistleblowing or alternatively be required to explain why whistleblowing procedures are not in place in order to avoid censure or deregulation, would go a long way in promoting the change that is clearly required.

Furthermore, most businesses and business leaders acknowledge that it is the staff that make the enterprise what it is. One has to ask why a leader would not want to introduce a policy that allows staff members the opportunity to sustain and develop the type of business that everyone wants – a business with good practices and a strong reputation.

Of course, policies and procedures on their own are not enough. There have to be suitable processes in place to provide support and credibility but it is the start of this way of thinking that our law makers should be considering. Recommending best practice in such a critical area and at a time when funding for external regulators and investigators is under such pressure this is a short term approach with potentially huge risk to the reputation of the UK and our economy.

There is something wrong with our corporates but it can be fixed and they need not come into harms way. It is for the Government to send out a clear signal that those in positions of responsibility and power will be required to develop their firm’s culture so that the behaviours exhibited at Tesco are not repeated. As the Tesco board would no doubt endorse – every little helps. 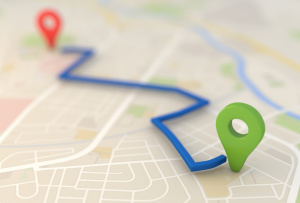 Charlie Mullins: After surviving, SMEs must be given chance to shine

Holiday pay: Another nail in the employment coffin