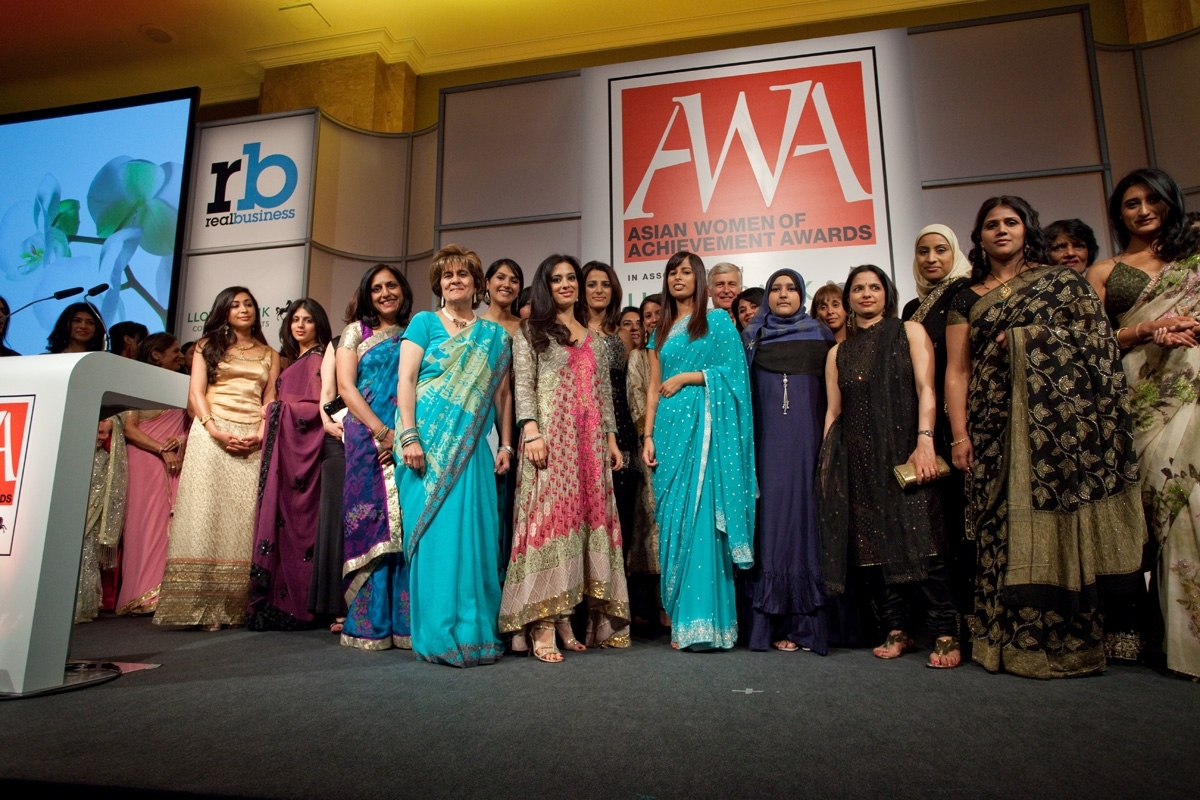 The Asian Women of Achievement Awards, held in association with The Royal Bank of Scotland and hosted by Real Business, champion the contribution made by Asian women across British business, sports, public, cultural, community and political life.

Over their 13-year history, the awards have recognised, and provided a platform for Asian female pioneers – such as comedy actress Nina Wadia; Kamal Basran, founder of the UK’s leading ethnic food supplier, The Authentic Food Company; civil rights activist Shami Chakrabarti; and the first Asian woman to lead a FTSE 250 business, Ruby McGregor-Smith.

The judging panel, chaired by Sir Nicholas Young, chief executive of British Red Cross, will meet over the coming weeks to decide winners for each of the 11 categories, with the winners announced at a ceremony on 16 May 2012 at the London Hilton Park Lane.

Candidates for the entrepreneur shortlist are stronger than ever – but who will take the crown?

Here are the candidates of the Asian Women of Achievement entrepreneur shortlist:

Farida Gibbs is the CEO of GibbsS3, Europe’s fastest-growing IT staffing and consulting business. Founded in 2005 and headquartered in Surrey with offices in London and Cheshire, Gibbs S3 operates across the US and Europe. Gibbs S3 serves as a tier one supplier to FTSE 100 clients. The global business, in partnership with S3, has posted $220m in sales revenues for 2011, of which the UK arm saw 70 per cent growth in 2011.

SungJoo Kim comes from a prominent South Korean family, yet the family’s business was passed on to her brothers and she was left out. So the worldwide business empire she has today was built solely through her own efforts, hard work and creativity. After training in the retail business in the US, she built up the SungJoo Group, which brought western brands such as M&S into South Korea. Determined to show that an Asian woman can build an international brand, she acquired MCM in 2005 and has built it up to a $450m business in seven years. Londoners may well be familiar with her flagship Sloane Street store.

Raised in a traditional Indian family, Kavita Oberoi credits her mother with giving her the determination to seek out an education, and her father for giving her the entrepreneurial spirit. Kavita is the founder and managing director of IT and healthcare consultancy Oberoi Consulting, which she set up in 2001. SIn 2011 she set up numberonelocation.com, providing virtual office and PA services. In January 2010 she became co-owner of the security business, Octavian, employing over 500 people. She is a passionate supporter of the World Association of Girl Guides and Girl Scouts.

Having previously worked at British Airways, Vanita Partistarted Blink in 2004 after identifying a niche for a quick, walk-in, threading service. Blink has since revolutionised the brow service industry. It is now in Fenwicks, Harvey Nichols, Selfridges, John Lewis, House of Fraser and soon Henri Bendel in New York, US.

On identifying a gap in the market for childcare, Kala Patel set up her first centre in 1984, at the age of 22. As a young mother, she set about converting unused office space into a 15-place nursery. Demand was so high that she soon had to move premises, and the rest is history. She now runs daycare for children over five sites (including the Royal Mail nursery in London) employing 50 staff and providing childcare for 320 children. All of Kiddycare’s senior managers have been employed for 20 years-plus, and 50 per cent of staff have been with the company for more than ten years.

Kiran Sharma launched her artist management agency, KIKIT Entertainment, in 2005 and within six years has built a £17m-turnover business. Through her Intelligensia business, she is also manager of the global music icon, Prince. At only 36, Kiran is an important figure in the mainstream music industry. Kiran is fiercely proud that she has achieved this as a British Asian woman and she is keen to encourage and inspire other women to beat the odds and go for their dreams.

“RBS is delighted to support the Asian Women of Achievement Awards, one of the most important programmes recognising Britain’s fantastic diversity of talent. It is great news for Britain that Asian women now occupy some of the most influential positions in finance, business and public life,” says Chris Sullivan, chief executive of RBS’s corporate banking division.

The Asian Women of Achievement Awards are hosted by Real Business, in association with The Royal Bank of Scotland. New supporters in 2012 include Etihad, Land Rover, Saïd Business School and The Independent on Sunday alongside long-standing partners Asda, Aviva, MITIE Group, PwC, Sodexo and Visa Europe.

View the other shortlists and find out more by visiting the Asian Women of Achievement website.