As opinion polls suggest the general election will serve up another Conservative / Lib Dem coalition, it’ll be interesting to see if we’re in for another “shock” outcome, in-line with Brexit and Trump; two outcomes opinion polls failed to identify.

In fact, most opinion polls incorrectly predicted the 2015 general election and EU referendum results. At the time it was suggested the reason for getting it wrong was due to a large number of people changing their votes last minute; others blamed “shy-Tories”, or voters that didn’t want to let anyone, let alone the pollsters, know they held conservative intentions.

Looking at election outcomes, both in the UK and US, over the last couple of years, opinion polls have missed their mark on more than a few occasions and as a result, political gambling has grown in popularity as a way to predict elections.

So where should we be looking for our best estimate of what is actually going to happen, to the polls or to the markets? It’s a question we have been considering in the UK for decades, all the way back to 4 July 1985 to be precise, the day political betting came in to force in the UK. A by-election was taking place in a semi-rural corner of Wales, with Labour and Liberals the key contenders.

The idea here is that the collective wisdom of many people is greater than the conclusions of a few, as showcased in the 2015 UK general election where most opinion polls were wrong. Those myriad people feed in the best information and analysis they can because their own financial gain depend directly upon it.

Judgment backed by money has only increased in recent years as the volume of money wagered has risen dramatically. Betting exchanges now see tens of millions of pounds trading on a single election. Indeed, in 2004 one betting exchange hit the jackpot when their market favourite won every single state in that year’s election. This is like a racing tipster calling the winner of 50 races in a row.

And it really is a case of “follow the money” because those who know the most, and are best able to process the available information, tend to bet the most.

Moreover, the lower the transaction costs and information costs, much thanks to endless supply on the internet, the more efficient we might expect betting markets to become in translating information today into forecasts of tomorrow. Modern betting markets are likely to provide better forecasts than they have done ever before.

This is not to say that betting markets are always right, and pollsters are always wrong. The markets over-estimated the number of seats the Liberal Democrats would win in 2010, though they were spot on in forecasting that no party would win an overall majority. Again, on election night, the exit poll in 2010 was very close to the actual result, while the betting markets took fright at a couple of early declarations.

On the whole when the betting markets say one thing and the polls say another, the evidence suggests that it is a good idea to go with the markets. The Scottish referendum is a great example. While the polls had it very tight, and with more than one poll calling it for independence, the betting markets were always pointing to a No.

People who bet in significant sums on an election outcome will usually have access to all the polling evidence. They take into account past experience of how good different pollsters are, what tends to happen to those who are undecided when they actually vote, and what might drive the agenda between the dates of the latest polling surveys and election day itself. All of this is captured in the markets but not in the polls.

It’s worth mentioning that the pollsters are not claiming to be producing a forecast. They are simply taking a snapshot of opinion. Those inhabiting the betting markets are genuinely trying to produce a forecast, so we would hope that they would be better at it. Moreover, the polls are used by those trading the markets to improve their forecasts, so they are a valuable input. But they are only one input. Those betting in the markets have access to much other information as well, including informed political analysis, statistical modelling, canvass returns, and so on.

There is a growing belief that betting markets will become more than just a financial exercise. Properly used, they will be able to tell us what that future is likely to be. We created, almost by accident, a high-tech crystal ball that taps into the accumulated expertise of mankind and makes the wisdom of the crowd available to all. In this brave new world of prediction markets, it seems only sensible to make the most of it.

So let’s do that. Who will win the general election? According to Bonuscodesbets.co.uk May is favourite to remain as PM. However, all realistic options are still very much in play. That may yet change. If and when it does, the markets will be the first to tell us.

One entrepreneur’s approach to solving the revolving door recruitment issue 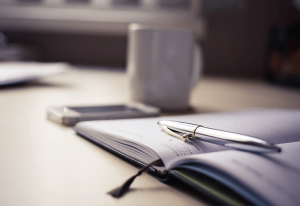