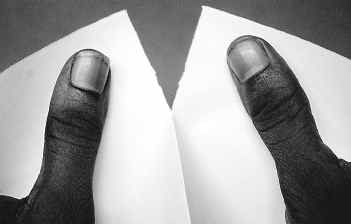 The first comes from London’s Evening Standard and confirms my worst fears about the spineless expediency of our Chancellor. The paper reports on the events leading up to the deal (ironically known as Merlin, who was always a dab hand with the smoke and mirrors) between the government and the bankers that emerged last month.

Their sources suggest that Osborne offered to rein in the Vickers Commission on Banking in return for striking a better deal on bonuses. The major banks are scared stiff that Vickers will recommend their high-street banking activities be separated from their highly lucrative investment banking activities, thus preventing the one fuelling the other. According to the Evening Standard, when Vickers heard about Osborne’s manoeuvring, the entire committee threatened to resign thus forcing him to back off. So, for the sake of grabbing a few headlines on bonuses, our doughty Chancellor appears to have been happy to sacrifice the possibility of preventing the banks from running off with our money in future. Sad and pathetic. The other article was an interview in the Daily Telegraph with Anders Bouvin (the UK chief executive of the Swedish bank Svenske Handelsbanken) who draws attention to the fact they make lending commitments in the deeply unfashionable way of letting their branch managers take the decisions. Head office confines itself to being the support centre. To quote: “we are different, even in Sweden. This boils down to a fundamental humanist view. We believe that if you put trust in people, people will respond in a positive way and take responsibility and deliver results that they would not have achieved in a command and control environment.” Bouvin admits it sounds “corny” but it’s not just flaky ideology: “96 per cent of all credit transactions are taken by the branch managers. Handelsbanken couldn’t be more different to a UK high-street bank. When do you meet a decision maker at a high-street branch?” So I suggest that if you yearn for the days when your bank had an understanding of your business and you were able to talk to someone sensible at a local level about such, get down to one of Mr Bouvin’s 97 UK branches. As the paper observes, Handelsbanken has delivered better than average returns for the 39 years since this policy was implemented and has emerged from the two crises, in 1992 and 2008, unscathed. Keep your fingers crossed that the Vickers doesn’t lose his nerve. Getting our banks to run their high-street banking entirely separately from volatile investment banking could be the first step towards regaining a safer, sensible, Handelsbanken way of doing business.