In the past couple of decades, attendance rates at UK universities have rocketed. Yet, as a recent Institute for Fiscal Studies (IFS) report highlighted, there is a disparity in the financial and educational benefit of university institutions and courses. Too many young individuals embark upon degrees from lower quality universities with the assumption that their studies will ensure they secure a position immediately upon graduation.

Unfortunately, many are hit by an unpleasant dose of reality when they find themselves unemployed at the age of 22, with no work-experience to speak of and £40,000 worth of debt.

Figures in 2015 from the higher Education Statistics Agency revealed that a third of working graduates took jobs as cleaners, road sweepers and office juniors six months after graduation and that over 60,000 were in “non-professional” roles, whilst almost 16,730 were out of work. Moreover, the IFS report claimed graduates from 28 UK institutions earned less than they would have been, had they not attended university. To add insult to injury, they are left with a sizable student debt to pay off.

There therefore needs to be far more transparency in how university study and the selection of a specific university course, will affect future financial prospects. Whilst, ten years after study, a medical student earns around £55,000 a year, the average creative arts student will be earning just £17,900. With this in mind and amidst the recent revelation that the financial prospects of graduates are lower than their non-university educated peers, we need to question why we continue to encourage all youngsters into university.

The UK's six most entrepreneurial universities

The root of the problem seems to be that young adults are not given advice tailored towards their needs and capabilities. Instead, they are tarred with a single brush and shipped off to low quality university institutions. As such, they are poorly informed as to whether their university course is really worth the investment in time or money. Also, there isn’t a single syllabus in any educational institution in the world dedicated to the financial success of its students, whether in business, property investment or even money management, yet this one of the most important aspect of our lives.

Along with teachings on how to be financially astute, lessons in how to start a business would be hugely beneficial in a world where everyone wants to be an entrepreneur. I strongly believe the education system itself needs a revamp. As a report published by the Authority of the House of Lords in 2016 highlighted, the current system for young people who choose not to follow an academic route is complex and incoherent. Poor career advice and education means most young people drift into further studies or their first job, which often has no real prospect of progression.

Despite the House of Lord’s report emphasising the importance of apprenticeship schemes in up-skilling Brits for the future economy, just six per cent of 16-18 year olds follow this route. And none are introduced to a mentor in their entire lifetimes. This is a tremendous loss because apprenticeship courses provide the ability for young people to learn key skills and gain industry-specific qualifications, whilst earning a decent living wage.

Read on to find out more about Robinson’s background story. 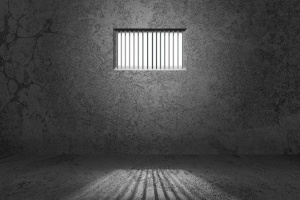 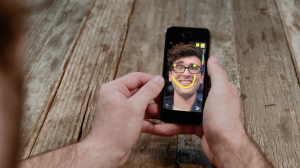 Move over millennials, Generation Z is on the way and was born ready for the workplace