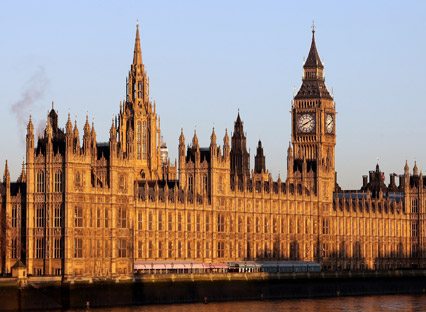 Business should fear a hung parliament. Indecision at the ballot box will lead to indecision in government, which will seriously hamper the recovery and any future growth. A hung parliament would heap huge layers of extra bureaucracy while the power-sharing parties bicker over decisions. The country would basically be put on hold for 12 months and nothing will get done.

Just look at the fragile state we’re already in. Even though GDP rose, it was at a snail’s pace of 0.2 per cent. So many businesses are still feeling the effects of the recession.  This is borne out in the latest jump in unemployment with another 43,000 joining the 2.5 million on the dole. If you add to this inflation rising to 3.4 per cent (well above the two per cent target), then the pressure on the consumer pound becomes even more immense. It also hints towards an interest-rate rise, which will also reduce the amount of money in the pockets of those working and make life a lot tougher for unemployed people struggling to pay their mortgage. What would happen to the economy if we were saddled with a coalition government? Dithering and horse-trading would grind the country to a halt. The recent weak growth would disappear into a puff of smoke while unemployment and inflation would spiral. According to insolvency experts, 160,000 companies were in dire straits in the first quarter of this year – and that’s during a period of supposed growth!  While people may point to a rise in new car sales and the fact that Tesco has recorded bumper profits, we are a still nation of small businesses. It may be true that one pound in every eight spent goes in Tesco’s tills, but how is it going to keep ringing up those sales if those 160,000 businesses go down the tube?  Even if each of those small businesses employed, on average, just three people, that’s half a million more heading for their local job centre. These businesses, and many others, need to the support of a government that can apply its policies and make important decisions without being part of a process that resembles a parish council meeting from the Vicar of Dibley! So when Thursday arrives, I hope that voters have made up their mind to elect a majority government and remove the almost insurmountable hurdle of having to run a business under a hung parliament.