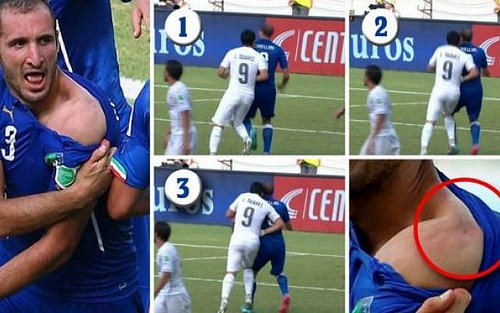 Yet again Luis Suarez has hit the headlines and for all the wrong reasons. After helping his team through to the next stage of the World Cup, he now faces a lengthy ban after being found to have bitten another player on the shoulder – the third time he has lashed out in such a way.

In business, this is a situation that I have seen time and time again; talented executives who achieve remarkable results and have that bit of ?magic in the field?, but who refuse to play by the rules. For any manager, especially when the focus is on growing the business, it can be tempting to turn a blind eye to the bad behaviour even though your instincts tells you that one day it will come back to bite you.

As the Liverpool manager

Let?s imagine the scenario for a minute. You?re the manager of Liverpool FC. Luis Suarez is your star player. He?s bitten twice before and your worst nightmare happens?he bites again, this time on the biggest public stage of them all, the World Cup. So what do you do?  He?s an incredible game-changing and season-winning player; he?s the best player you?ve had for over a decade and there?s not many players like him around in the world. You?re very ambitious, of course passionate about winning; but you?ve got morals too. You think about the impact on your chances of winning, but also on the Liverpool brand, his team mates and the young children that watch the game worldwide. You know his behaviour is totally unacceptable. He?s already had therapy. So what now? Being a great football player is not enough. Talent is one thing, but personal maturity is also a vital ingredient. To succeed at anything, you need to have developed the ability to fit in to the system and culture that you?re part of; and that means playing by the rules.

As the CEO of a firm

Let?s imagine a business scenario. You?re the CEO of a growing firm. You?ve got a very talented team member in your business that generates significant revenue and profit for the firm. Their credibility, capability, reputation in the market and network are all extremely valuable. But their behaviour is erratic. They have been known to fly off the handle, not to follow the company line and be demeaning and aggressive to other staff. You?ve already issued warnings about their behaviour and invested in coaching. But then one day they go too far and verbally attack another team member in the firm. This has firmly crossed the line of what?s acceptable.

The cost of bad behaviour

There?s something in our psyche that makes exceptions for talented people. As a manager you may be scared to lose what you?ve got, and even worse lose them to a competitor.  We know the impact of losing the person may be significant and at first look, believe it may be greater than the negative impact of their behaviour. So we decide to do nothing and just tolerate it. The other issue is that often the impact of losing the person is measurable in terms of revenue and profit. In contrast, the cost of their bad behaviour is more subjective.  This fear about the potential impact of losing them causes us to flex on our morals and principles. We sometimes don?t do what is right, but what we think is best for profit.

These are not easy decisions. In fact, they are immensely complex. But at some point, you have to stand up for what you believe in, your values, your principles in life and in business.  At some point, enough is enough. If your ?A? player has metaphorically ?bitten? someone for the third time, you?ve got to make the tough decision. The cost to your own reputation as a leader, the cost to your organisational culture and the overall disruption that your ?Suarez? is causing becomes far greater than the cost of losing your greatest player.  And the funny thing is, in your heart you always knew that the person wouldn?t change. You always knew they were a liability. Some people can develop and change fundamentally, but with others the issues are too deep-rooted. You always knew that in the end they were going to end up being bad for business.  Martin Palethorpe is managing director of The Pragma Group. Image source