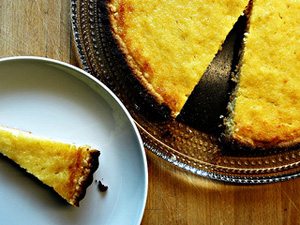 Chancellor George Osbornes scheme to increase employee ownership appears to have been shunned by businesses. New research shows that 80 per cent of firms havent heard of the employee shareholder scheme.

Worse still, half of those that had heard of the scheme thought it would have a negative impact on retention and nearly a quarter thought that it would be a hindrance to employee relations, according to a survey by law firm Irwin Mitchell. Under the scheme, employers give shares with a minimum value of 2,000 to employees in return for wavering a number of employment rights. These can include: The Department for Business, Innovation and Skills believes it will help companies hire: Your company may be looking to attract an ambitious and high calibre individual, perhaps with a specific set of skills. In a competitive labour market, shares in a company may convince the right person that it is the best job for them. In practice, while employee share schemes can boost productivity, savings are likely to be limited because of the exclusion of discrimination and whistleblowing claims, according to employment lawyers. Paula Volkmer, a specialist in employment law at Fox Williams, explained the problems with the scheme to Chartered Institute of Personnel and Development: The disadvantages include the legal and administrative costs of implementing the scheme and advising prospective employee shareholders. In addition, if the company is not listed, valuing the shares given to employees may prove complex. Industry bodies and commentators were critical of the complexity when it was announced during the annual Conservative conference last year. Steve Warwick, London regional chairman of the Federation of Small Businesses, said: We believe it will promote share ownership and loyalty to those companies which offer this initiative, with potential benefits following in terms of greater productivity. However, we suggest that the number of businesses who adopt the scheme may be small. Irwin Mitchells research found that virtually none , 0.1 per cent, of the 500 businesses questioned said they were planning to introduce the scheme. Image Source