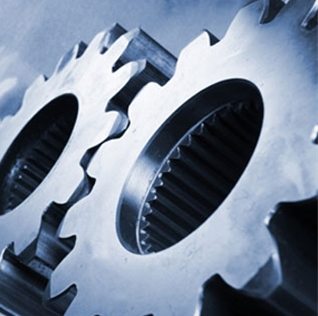 There’s never been a more positive government sentiment towards engineering in the UK, yet still preconceptions persist about the industry that prevent the brightest and best from joining.

That was one of the key outcomes from today’s inaugural engineering sector Editors’ Lunch, hosted by Real Business and sister title Professional Engineering (the official publication of the Institution of Mechanical Engineers) and attended by some of the leading businesses in the engineering sector.  “In North America, STEM subjects (science, technology, engineering and manufacturing) are highly regarded,” said Siobhan Gibney Gomis from Innocentive, the open innovation and crowdsourcing venture that supports highly innovative early-stage businesses. Being an engineer in many countries is held in similar esteem to being a doctor or a lawyer, commented another engineering leader. By contrast, said Will Butler-Adams, CEO of Brompton Bicycles, engineering has a significant image problem in the UK. “You wouldn’t call a nurse a doctor; so why do we call mechanics and plumbers ‘engineers’?” he lamented. Skills shortages mean that one UK engineering business recently opened a factory in Kiel, Germany, because it couldn’t access the right skills in the UK. Another major issue is the lack of female engineering talent: one high-profile engineering-led UK business has spent the past four years looking for a female design engineer to lead the development of a new product line for a female customer base. Only eight per cent of British engineers are currently women. Considering the success of the Land Rover Evoque, which specifically targeted a female audience, this is a disappointing scenario. The language of engineering must change, said Will King, founder of King of Shaves, who trained as a mechanical engineer before creating his “challenger brand” in the men’s grooming space. Let’s talk about “engineurs”, he recommended, yoking together the technical expertise of the engineer with the dynamism of the entrepreneur. While image problems clearly do persist, other leading engineering SMEs are positive about the industry. Andrew Richardson, CEO of AIM-listed Metalrax, which recently announced a strong set of results (revenues up five per cent to ?63m), explained that he has never experienced such positive sentiment towards smallcap engineering businesses from the investment community during his career. “Fund managers are extremely positive,” he said. Other concerns for entrepreneurs in the engineering sector: employment regulation (one owner-manager had to spend ?87,500 in legal fees on a tribunal with an employee on a ?30,000 salary); the lack of equity finance available up to ?1m; banks “stifling” SMEs and not even making funds available when signed contracts are in place; ongoing problems in the eurozone (current bail-outs are merely a “sticking plaster”, said the CEO of a ?20m-turnover family engineering business.  Lee Hibbert, editor of Professional Engineering, pointed out that the UK is still the world’s seventh-largest manufacturing nation, though it has recently been overtaken by Brazil. “Emerging economies are increasingly starting to design and innovate,” he said.  John Knowles, chairman of Nanosight, the fast-growing and profitable nanotechnology firm, called for an overhaul of the tax, finance and knowledge infrastructure around the engineering sector. He called for the UK to emulate the German “Fraunhofer” research establishments, which assess the viability of new technologies, thus de-risking the engineering sector.  He also recommended that the Entrepreneurs’ Relief system to be widened so that individuals with less than five per cent of a company’s equity (the current status) be eligible for tax reliefs. As Knowles pointed out, it is very common for entrepreneurs and share-owning employees to be significantly diluted after several rounds of finance. Why should such people be disincentivised from building their businesses? Finally, a number of engineering leaders called for a national economic vision, with engineering and new technology at its heart. Concerns were raised that UK engineering appears to be “for sale”. Jaguar Land-Rover, P&O, and all but two of our energy utilities have been sold overseas, observed one engineering entrepreneur. Wind Energy Group was acquired by a Danish competitor, “effectively sidelining the UK in the wind business,” he commented. “While government and civil servants are concerned about a few highly paid people moving away from the UK because of the 50p tax rate, they don’t seem to think that this mass disposal matters!” What are your views of the major issues facing UK engineering businesses? Where should government priorities lie – enabling supply of sub-?1m funding; reducing sector red tape; creating a national campaign to change perceptions of the industry?  This inaugural Real Business/Professional Engineering event was hosted with Cavendish Corporate Finance, whose recent deals include selling Radical Sports Cars to a consortium of private investors.