Whereas, however, in recent years, alcohol consumption has stabilised or fallen in France and most of the rest of the world, it continued to rise in the UK; which is now one of the heaviest alcohol consuming countries in the world.

This is a problems that brings with it a whole heap of consequences: from adolescents admitted to hospital for binge-drinking induced alcohol poisoning, to adults struggling with an addiction that has turned their life into a constant battle with the craving for a drink.

But alcohol consumption also takes its toll on business, and on the economy. The output loss to the UK economy as a result of alcohol problems is estimated at up to £6.4bn. A survey carried out in December 2007 for Norwich Union Healthcare found that a third of employees admitted to having been to work with a hangover, and 15 per cent reported having been drunk at work. One in twenty employees reported hangovers at work once a week.

What seems like a professional tabu is more common than we would like to admit. The International Labour Organisation estimates that, globally, three to five per cent of the average work force is alcohol dependent, and up to a quarter drink heavily enough to be at risk of dependence.

Boss, I have a problem

The theme of this year’s Alcohol Awareness Week (which runs from 19-25 November) is, “It’s time to talk about drinking.” Apparently, that’s something we’re used to in everyday life. In the average community, at the pharmacy or by their GP, UK residents even expect to be asked about their alcohol consumption.

“People expect to be asked about their alcohol consumption, and they don’t take that as an offence. So, people are much more open now – which creates more opportunities to help. But are they honest about it? That depends on who is asking. If it was an employer, they probably wouldn’t be,” Dr Joss Bray told Real Business.

Dr Bray is the medical director for addictions at the Huntercombe Group, a large group of independent specialist hospitals around the country, that offer detox treatments and rehab services. In his career as a substance abuse specialist Dr Bray has been involved in developing the national guidelines for alcohol treatment, wrote the curriculum for training GPs in drug and alcohol problems, and treated plenty of patients struggling with addiction, from every class and every age group. What he hasn’t seen yet is an involvement from business leaders in supporting the treatment of employees with substance abuse problems. We asked him whether he would like to see that change.

“Because there are so many millions of work-hours lost in the year due to absenteeism from alcohol, I think that the best thing to do is have an open work culture where people can feel that their employer wants to help them, rather than dismiss them.

“I’ve seen lots of people stop drinking and lead a fruitful life – that’s why I’m in this, because people actually can be sorted out. And if you support your colleagues or employees and help to point them in the right direction [where they will be given help], they will come back more loyal than before.”

Dr Bray reminds that an astonishing 26 to 38 per cent of men and 17 to 29 per cent of women in the UK drink above the recommended limits. Those limits are 21 units of alcohol per week for men, and 14 for women. “You’re also supposed to have a couple of days “off” in the week, and you’re not supposed to drink more than six units in one day,” adds Dr Bray.

Units are calculated by a beverage’s percentage of alcohol. A 12 per cent bottle of wine, for example has 12 units. If a beer has an alcohol percentage of four, it means that one litre of it contains four units. An average glass of wine is two units, as is a pint of beer. It’s pretty simple – but many Brits are still unaware of how to define a “unit”.

Besides increasing awareness of the guidelines, it is vital to make sure that every person with a substance abuse problem knows that there is help available. Business leaders can play a part in that – particularly when someone in their team has a visible problem.

“Talk to them at the earliest opportunity,” says Dr Bray, “in a non-condemnatory approach, and assure them that you want to help. The resources are available. Instil the hope that they can actually get better.” 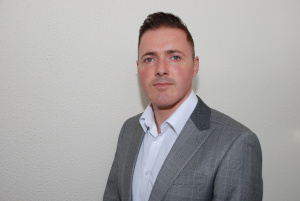 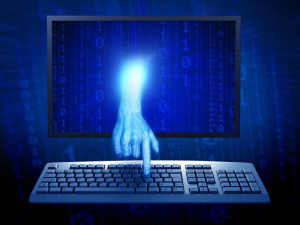 Cyber security breaches: The danger that lurks within