If I told you that the first place I meet clients and referrers is on Twitter, I’m guessing that most of you will either think “what a lunatic” or “how does she do it?”.

I’m sure that when I say the words “business networking” it isn’t Twitter, LinkedIn or Facebook which naturally springs to mind. I would place a large bet that your immediate thoughts are of a physical room full of people talking, with people wearing a name tag.

This has caused a split in the world of business networking. There are those business owners who have had years of experience and training of networking in person but are daunted by the world of online networking. Others are a whiz at social networking on the web, but enter any face-to-face networking event with extreme trepidation.

Of course, there are also the many business owners who don’t network well at all. You’ve almost definitely met them at some point… I don’t need to tell you that poor networking is dangerous: get it wrong and at best you’ll lose out on opportunities; at worst you can severely damage your professional credibility.

Many business owners fall into the trap of thinking online OR face-to-face networking, rather than combining the two different types of networking for maximum effect.

LinkedIn and Twitter are fantastic tools for keeping in touch with people after meeting them at an event – and why not use LinkedIn & Twitter to make contact with someone at a face-to-face networking event, BEFORE the event?

If you’re anything like me, your to-do list is never ending, and with the typical demands that your business places on you, it isn’t always possible to get to a physical networking event. But, don’t your marketing and business plans rely on your growing and maintaining a network?

Many business owners are fantastic at gaining opportunities via social media and so have discounted the possibilities that face-to-face networking can bring.

Many people think because I am a huge advocate of online networking, that I don’t see the value or point of face-to-face networking. They couldn’t be more wrong. A face-to-face physical meeting can generate trust far quicker than a purely online relationship.

Indeed, it’s rare to find a very strong business relationship which hasn’t been cemented by some time spent physically together. And even, if a face-to-face meeting is impractical, a video call or phone call is better than an email or purely Twitter relationship. Until you have actually taken that step to have a real time conversation, referrals and opportunities are unlikely to flow from that person.

There are definitely times when face-to-face has the edge, and times when online networking is better. The trouble is that most networkers get into a comfort zone, and tend to stick with what they know – and for many networkers that means being blinkered and choosing online OR face-to-face networking.

The most effective networkers are both curious, but also willing to experiment. They don’t see any boundaries between personal and professional, online and off line networking – they were always open for networking, and tirelessly looking for the best ways to make and keep a valuable connection.

So use BOTH online and face-to-face networking in your networking strategy and plan. It’s the most efficient way!

What are your thoughts? 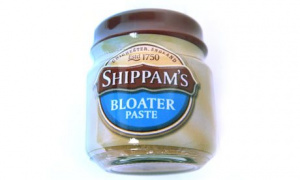 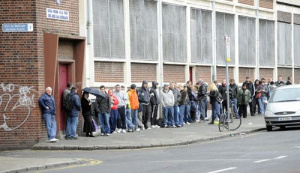 Skills time bomb about to explode