During the boom years, successful businesses often become over staffed and costs got out of control. As a result, companies that seem profitable are in fact relying solely on constant economic growth to hide weaknesses.

The arrival of a recession means there is a need to focus on fixing things internally to keep afloat, rather than focusing on external growth.

In other words, recessions are normally a time when companies cut back and regroup when the economy picks up in order to grow. Recent downturns have been the living proof of this – many companies panicked as revenues flatlined and became increasingly aware of the need to reduce costs. Each survived the recession period by lowering stock levels, making cuts to workforce and deciding against investing in the business.

However, the cutbacks businesses make in a bid to stay afloat often have a detrimental impact in the long term. These problems arise when the wheels of economic recovery deem to be in motion and management teams heave a sigh of relief when the orders start flowing in again.

This relief at the re-emergence of growth post-recession is often met hand-in-hand with companies reverting back into panic mode. Businesses then hire more staff and purchase higher quantities of stock to keep up with increased demand.

This causes a problem with cash flow because there is a time lag between investing and being paid money. By the time stock has been purchased, manufactured and the customer has paid – it can be a long period of time.

As a result, recent recessions have seen countless companies – particularly in the manufacturing sector – surviving the downturn only to go bust when economic stability returns. Data from previous recessions shows the rate of business failure is higher as the economy recovers than at the height of a recession.

Read more on business after recession:

Why do companies go bust post-recession?

The truth is the majority of companies go out of business due to a lack of cash not because of a lack of profitability.

As businesses grow coming out of a recession, overtrading sets in, in many cases putting strain on financial and operational systems. A contributing factor is the changing world of technology, particularly in the last recession, during which time technology had moved on considerably since the previous downturn. As a result of this technology evolution, the consumer is placing a higher expectation and demand on businesses. The customer often requires the product or service as soon as possible, and not with a two or three week lead time. Consequently, companies have to hold more stock.

The supply chain has also become more social. This has already been seen in both B2B and B2C and if businesses are not geared up for this, each will fall behind and miss out on an opportunity for growth.

Businesses are looking to make invested cash work harder, asking themselves if a five per cent increase in productivity can be made without increasing investment by five per cent. However, businesses that failed to sufficiently invest in systems that integrate during the recession have suffered.

During the most recent downturn, the German mid-market took the approach that an economic upturn was eventually inevitable and used every means at disposal. Despite the recession, companies invested in systems and held on to experienced and skilled staff. Germany accelerated out of the recession far quicker than the UK, and that growth became more self perpetuating as German companies bought from other more responsive German firms.

Therefore, it is vital businesses recognise the challenges they may face over the coming years. We will see an increased growth of the social supply chain with consumer demands for immediate information becoming more prevalent. We will also see economic growth fuelled by the release of pent up recessional demand as consumers have become savvier during the recession in terms of the power they wield.

Expanding rapidly takes time, money, effort and focus. Companies require exposure to detailed data and a way to do this that isn’t cumbersome – a decent supply chain solution will offer this. Enterprises that cut costs by focusing on operating efficiency are likely to be post-recession winners. Companies that only cut costs heavily during a downturn will not flourish after it ends. Therefore, they should invest in their systems to flex the performance of the business in response to peaks and lulls in demand, without the need to panic. 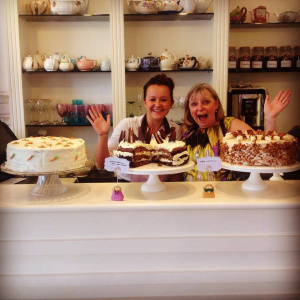 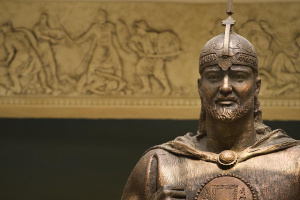 Were Caesar, Lincoln and Alexander the Great born leaders or did society shape their behaviour?