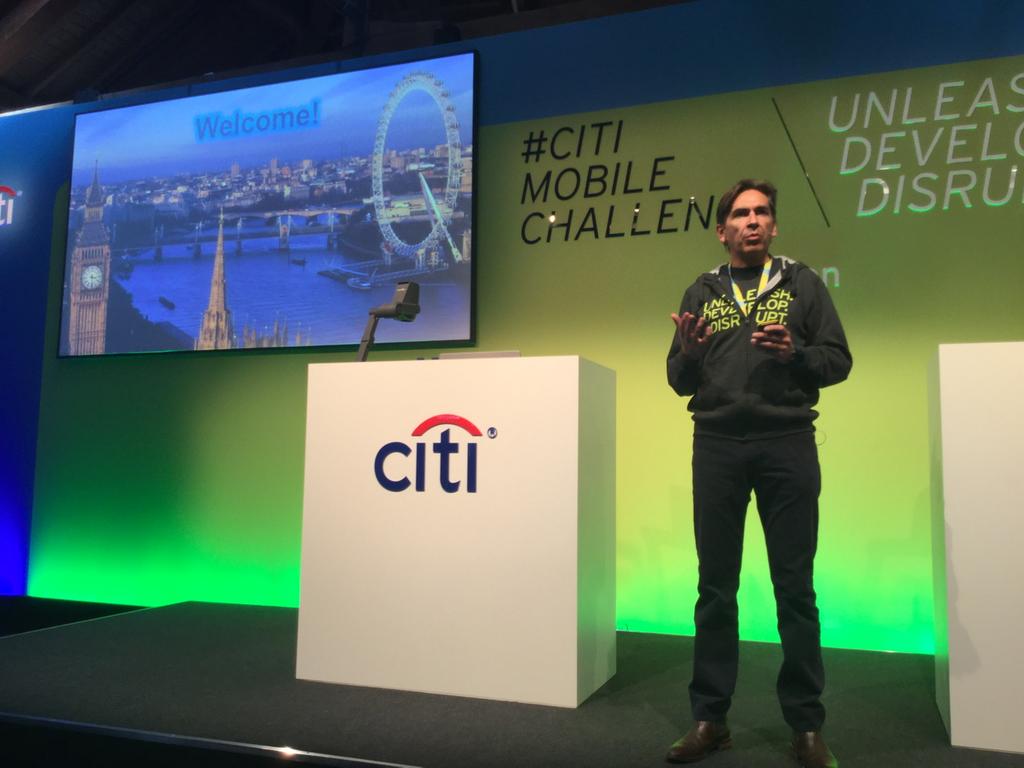 Share via
Banks are commonly being leapfrogged by SMEs in favour of alternative finance methods such as crowdfunding and peer-to-peer lending, with eBay revealing small businesses are snubbing the traditional financial outlets. Indeed, London fintech firm Funding Circle has secured $65m and $150m funding rounds in just nine months. The capital, which CEO Samir Desai told Real Business wasn’t actually required, will be used to enhance its P2P lending service further to boost the current 39,000 investors and 8,000 SMEs signed up. These are but a couple of the trends taking place in the financial market at present and CitiBank has recognised the marketplace is evolving, which is why it sought out fintech developers for its Citi Mobile Challenge. ?It comes from the need of accelerating our strategy on digital, and it’s not just digital ? it’s the evolution of the industry,? said Jorge Ruiz, the head of Citi?s Global Digital Acceleration Programme, of the idea behind the project. He explained that Uber has disrupted transport, while Airbnb has shaken the hotel business, which is why Citi wants to be ahead of the curve when the financial industry eventually becomes challenged. ?Anything you do in your life has something to do with a financial product ? whether that’s your savings, paying for something, getting ready for retirement or buying a house,? he said. ?As one of the most important industries in the world, it will be disrupted. It cannot be the only industry that will stay the way it is.? We’ve seen some fintech developments, most notably in the form of mobile payments as consumers have adopted smartphones and tablets as shopping outlets alongside the more traditional laptops and PCs. Then there’s the rise of contactless NFC payments, which allow shoppers to pay for goods with a tap of their card or mobile. And yet, there is still a great deal of growing pain to go through before these routes, or indeed something else entirely, becomes commonplace. Using its considerable size, with operations in 52 countries, Citi wants to guide developers and ease some of the stress involved with getting a product to market. For Ruiz, he claims that the ambition is ?building new things to enhance people’s lifestyles? and explained why even a company of its stature can’t work alone. ?Citi or any other financial institution or company cannot build everything in terms of needs for their clients ? there’s no way,? he admitted. ?If we [as a finance company] play a role in everything that happens in life, how can we bring all of those needs and solutions into an ecosystem that will operate around an operating system driven by Citi??

When trying to describe the fintech buzzword, Ruiz classified it as any point when technology touches a financial product to enhance a lifestyle through money. He acknowledged that it’s something you can ask ten people but would still receive 12 different answers. ?It’s not just about information and managing your money as you do on the web, it’s about you being connected to the world in a seamless manner, so payments, and identity, can be done without much effort,? he said. This particular Citi Mobile Challenge focused on EMEA, and while the bank trades in 52 countries, developers from 101 countries submitted their developments. ?We did a very thorough screening because we started with 750 applications. My team screened those and brought them down to 200 and something. From there we organised different workshops and mentorship around the solutions to help us get to the final 80,? Ruiz revealed of the overwhelming response. From that point 20 companies presented in four EMEA fintech hubs, one of which was London, and Ruiz admitted there was a lot of talent to choose from. But how does such a large corporate firm plan to align itself with startups, some of which have just one person? According to Ruiz, once the final ten winners are chosen, a project manager will be assigned to have one-on-one conversations with them to discuss how the solution will be integrated. ?They know how to talk with legal, procurement and compliance, so they’re going to help them get through the process to integrate the business,? he said. ?It may not even be Citi, it could be one of our partners. We don’t want to play a Citi for Citi game, this is a community play with the 66 partners.? Recognising that mobile is a very broad term today, he categorised the sector as anything that can be carried. Discussing where wearables would fit in, he explained: ?If you have a solution to pay for parking, it could be in your wearable. If you want to order warm food based on your body temperature that’s coming from your jacket, you need to pay for that, so that incorporates a financial aspect to it. ?One development senses you by your heart rate and multiple elements to determine it’s you that’s close to the device. That’s fintech as well because it’s incorporating the identification aspect.? Uber and MasterCard were among the businesses supporting the challenge by offering software for the developers to use. Of the wider involvement, Ruiz said: ?Each partner has a role to play, whether that’s technology, adding APIs, investors adding equity, accelerators adding mentorship ? out of the 66, they have different roles and that’s what’s so cool. ?It’s not us trying to reinvent the wheel on everything, it’s us and those 66 partners that want to change the world, and I think we’re very close to it.? Revealing the importance of global businesses looking at the wider industry as a whole, Ruiz said: ?We’ve been around for 203 years and want to be around for another 203 years. The only way to do that is by evolving. “The world is changing in multiple ways and financial institutions need to realise that, and they need to start playing a different game. That’s what we’re doing.? By Zen Terrelonge