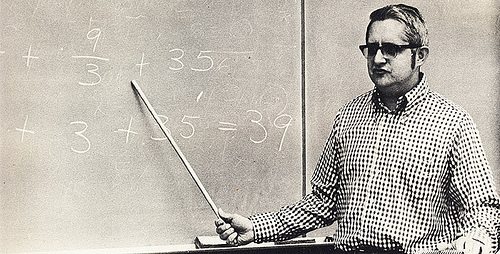 External instructors typically work for small, specialist training firms or institutes. They may have even founded them themselves. It’s in the refuge of these institutes that they can freely express their opinions about whether or not to capitalise given words in chart titles.

At a course I recently attended, the instructor tottered about the classroom making sweeping claims about the causes of worldwide woe and babbling nonsense such as: “As humans we live in our minds.” At one point she cited Nazism, an errant teenage son, global warming and an article about a student who fell off a cliff as examples of failures in management thinking. Not an iota of possibility was ascribed to geopolitics, bad parenting or the wrong hiking boots. How many deaths could have been avoided if the Nazis had used her “assumption wheel?” The class sat in silence, dumbfounded. Her slides were in keeping: she used a clipart Jekyll and Hyde caricature, unrelated newspaper clippings and all manner of mnemonic polygons. She also had a peculiar habit of taking very long pauses and staring intently after making a point, any point. As if that were not enough, the group exercises consisted of copying out passages in her various pamphlets and then discussing the notes. You can lead a camel to an oasis but it can’t drink a mirage. My displeasure with the course was all too evident and the instructor made it clear that she would refuse to teach any more courses if I signed up. Pen please! I wish I could say my experiences were unique but, judging by your comments, I’m not alone. It appears that there’s no shortage of teachers with dubious qualifications, equally dubious statistics, sweeping generalisations and a smattering of cringe-worthy acronyms, all poorly referenced. The less value a course has, the more a trainer needs acronyms and silly phrases (‘dialoguing sessions’) to generate an air of worthiness. There’s plenty of other techniques too: they will try “unorthodox” methods, hand out tip sheets and encourage you to “be yourself”. If you wouldn’t mind being someone else while you’re being yourself, that would be great. Read more from Workforced here ﻿