If you look at great companies, brands that have captured the hearts and minds of the nation and taken their place in history, most if not all of them became successful because they set core values and gave them pride of place at the heart of the business. The result? A clear, aligned company culture.

Jim Collins once said that building a great company was like driving a bus, but you have to make sure you have the right people on board and in the right seats before you settle on a direction and set off. It might sound a bit backwards but it’s a piece of advice that really rings true for me, and for UKFast.

It doesn’t matter what you do, your success depends on the people you take on. If they’re not right, more often than not, the business suffers. So, how do you go about finding people who are aligned with your culture?

At UKFast, we test this using a range of methods, including psychometric testing. For us, attitude is more important than skillset, as skills can be taught whereas attitude is ingrained. I think there’s a tendency in Britain to obsess over academia, yet if you think about it, many great entrepreneurs struggled at school.

Focussing on examination results and skills might sound like the way to go when recruiting, but it’s never worked for us and it’s all down to the ‘C’ word: culture. Whenever you take on someone new for your business, they either strengthen or dilute your company’s ethos; preferably the former.

Once you have a set of core values, you can use them to hone in on the exact personality traits you want. We’ve been dazzled by impressive skillsets before, but every time we’ve deviated from our formula to choose someone who doesn’t match up culturally, it has caused huge disruption for the team.

We’ve learnt never to underestimate the negative potential of one person going against the grain. What we look for now are people who have what I call the “paper round gene”, which means they’ve had a job of some sort from a young age, whether that was washing cars, delivering papers or sweeping leaves. It shows self-motivation and the desire to be independent and responsible.

Another thing I’d recommend is actually taking people out of the office environment and out of their comfort zones. People can appear one way in an interview, but it’s easy to project and sustain the right image during such a short amount of time.

At UKFast, we take people out into the countryside in small groups and climb Mount Snowdon together. I know some people think we’re mad to do something like this, but it’s an effective way of seeing people’s real personalities; how supportive they are towards others, or how determined.

There will be businesses out there who don’t see the value in this kind of thing, but to that I would say, ‘what’s the cost of getting it wrong?’ It doesn’t need to be something as big as climbing a mountain, but spending some time with the people you’re about to take on outside of the workplace is a wise idea for any organisation. Once you’ve got a group of like-minded people under one roof, it’s far easier to motivate everyone as a team.

When it comes to recruitment, there’s no one-size-fits-all magic formula. However, if what you want to achieve is a productive, happy team, it really does pay to put culture first. 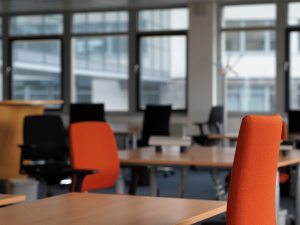