Interesting fact number one: Companies such as Microsoft, Apple and Facebook were all formed by entrepreneurs who quit college to pursue their business plan.

Interesting fact number two: Last year Peter Thiel – the American co-founder of PayPal and one of Facebook’s first investors – started up a new initiative offering grants of up to $100,000 for kids to drop out of education and develop technology businesses.

Should budding British owners be aping the US and giving up their studies, too?

Take Neil Waller and James Street. The pair were in the third year of a four-year business course at Bath University when they came up with the idea of their business.

Both of them had holiday homes in Marbella and wanted to launch a holiday website featuring all their local knowledge for visitors. “One summer holiday, we attracted 33 advertisers,” says Waller. “On returning, we rang the university and said ‘I don’t think we’re coming back’.”

Today, myDestination.com, based in Maida Vale, covers over 85 destinations and is used by over eight million travellers a year.

Waller and Street developed a franchising model, making it easy for anyone to run a myDestinationInfo.com site for a particular destination. The number of franchised sites has risen from 12 to 85 since 2008, covering over 35 countries, and company pulls in more than £1m in sales a year.

“We started the business in June 2006 with £600,” continues Waller. “I don’t think we originally had specific plans to go global, but equally I don’t think we would have left university thinking it was only going to be Marbella.”

The company was named Young Exporter of the Year in last year’s London Export Awards organised by UK Trade & Investment (UKTI). Waller says he now has his sights set on the US, Asia and Latin America, and has signed up for UKTI’s Gateway to Global Growth programme for more experienced exporters.

Another example is 21-year-old Suleman Sacranie, who dropped out of a chemistry degree to launch 99pShopper, the discount shopping website.“My parents urged me to go into one of the professions rather than go down the business road but the academic life just wasn’t for me,” he says.

According to the Higher Education Statistics authority, more than 76,000 students who started their studies in 2008 will fail to graduate this summer – that equates to a national drop-out rate of 21 per cent.

Many of the UK’s most famous business owners didn’t even make it that far: Simon Cowell and Richard Branson both left school at 16 without any A-levels; Sir Philip Green left boarding school at 15 to work for a shoe importer. 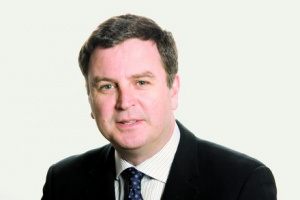 Maternity rights are “too onerous” for SMEs 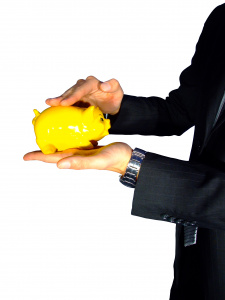 What to say to your bank manager