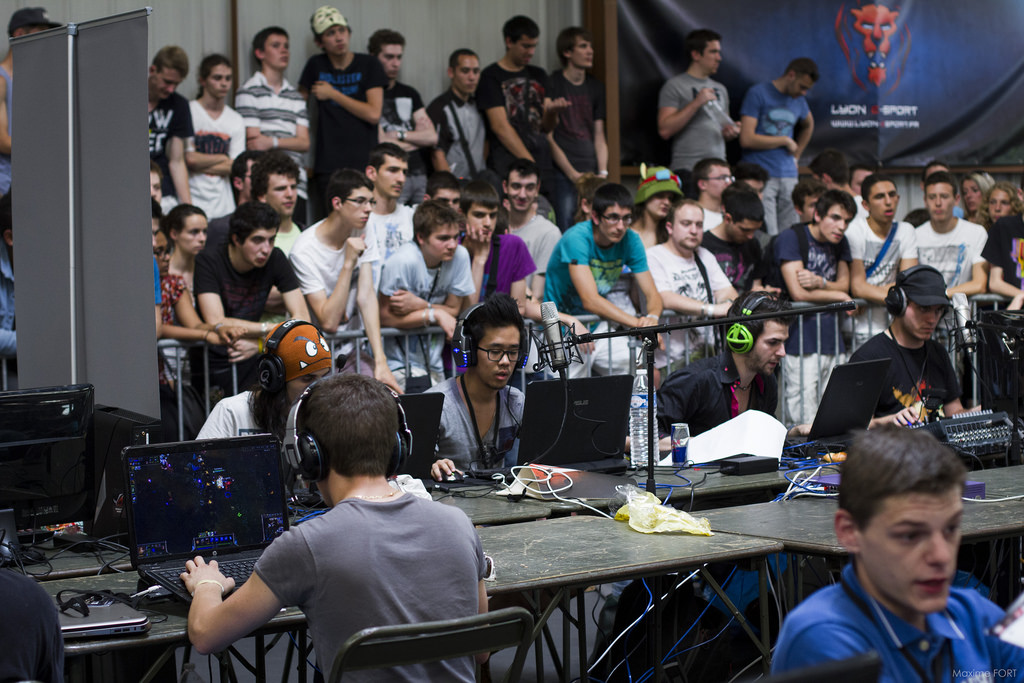 This was Amazon’s largest acquisition to date.

Twitch.tv offers gamers a platform to livestream as they play videogames, similar to Youtube’s system of users and channels, but with a focus on the online gaming community. The site is just over 3 years old (founded June 6 2011), but has reported 55m uniques a month, plus streaming publishers earning ‘six-figure salaries,’ by splitting revenue with advertisers.  In a statement, CEO and founder of Amazon Jeff Bezos said: “Like Twitch, we obsess over customers and like to think differently,” and that he considers: “broadcasting and watching gameplay [as] a global phenomenon.” Emmett Shear, founder of Twitch, who also courting offers from Google and possibly Yahoo, shared similar sentiments. He said Twitch chose Amazon: “because they believe in our community, they share our values and long-term vision, and they want to help us get there faster.” The question which must be asked of this acquisition will be: is Twitch worth such a large amount of money? At first, Twitch might look like an offshoot of Youtube, which was purchased by Google for £1bn ($1.65bn) in 2006.  However, it’s better to think of Twitch not like Youtube, but an online community and forum like Reddit or Tumblr. While Youtube enables online communities to build and grow, Twitch is a dedicated space for fans of games and gaming. Indeed, large names in gaming from Youtube, whose fans tuned in to watch them play videogames, moved over to Twitch because it was a dedicated platform for gamers. It seems to be a timely purchase by Amazon: esports, or competitive gaming, is a rapidly growing industry with some top competitors earning millions per year in prize money and advertisement deals. This growth in competitive play has created massive online communities, like Reddit’s ‘eSports’ (~7000 subscribers) and LoleSports (Lol for ‘League of Legends,’ a popular online videogame), whose tournaments recieve sponsorship from big brand names like CocaCola and American Express. It is not clear what the future holds for Twitch under the eaves of Amazon: it doesn’t seem to be as natural an acquisition for the ecommerce giant like LoveFilm and GoodReads were. Michael Frazzini, Amazon’s VP of games, speaking to Time magazine on Monday, cited the increasing prominence of videogames in commerce (5.9 per cent of Amazon’s ecommerce revenue, according to Statistica, not including ‘electronics’) as a reason for the purchase.  Steve Grout, CEO of marketing firm Tangent Snowball, comments on the purchase: “[Twitch] is incredibly engaging. The average time spent onsite is claimed to be one and a half hours; this is a huge amount of time, more than time spent watching broadcast TV or other media, and almost impossible to match through other channels. “This means they have a highly engaged audience and one not always easy to target or engage with.” Observers of the acquisition have also pointed out the potential for Amazon to feed ecommerce links into Twitch content, such as options to purchase music played on a video through Amazon Music; or, of course, the ability to buy videogames publishers are playing. Shear, however, has said that for the moment nothing about Twitch’s management will change, but will instead focus on promoting the company’s growth. Regardless of what Amazon sees in the future, the acquisition represents another digital giant investing in gaming and online communities, following in the footsteps of Facebook and Oculus VR and Yahoo and Tumblr. Online and gaming communities, once seen as geeky and irrelevant to the ‘real’ world, are now billion dollar industries. Image source