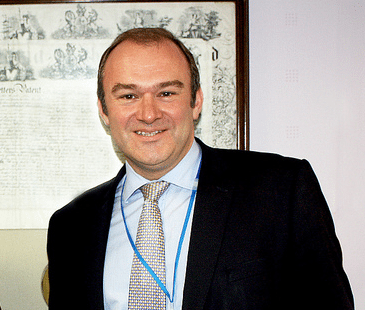 The proposals for tribunal reforms that my department put forward last week were amongst the first steps the government is taking in a comprehensive review of employment law.

Last week we announced the launch of an important consultation on the future of the employment tribunals system. This included a host of measures to streamline the system, raising the period for qualifying for unfair dismissal from one to two years and announcing the Justice Department will consult on employment tribunal fees in the spring. These are some important measures that I want to make sure are fully informed by a full public consultation. Essential reform Quite simply, the system needs reform as it’s not working for both parties. There were 236,000 tribunal claims last year – 56 per cent up on the year before. And the feedback we get from employer groups – particularly small business groups, who are absolutely key to increasing job opportunities and supporting economic growth – is that the fear of a tribunal is a major impediment to them hiring people. Only last week I was on a visit with the PM to a design business in south west London. I spoke to the CEO of the company there who was clear that he’d take on more employees, but the fear of being taken to an employment tribunal was apparent amongst his and fellow businesses. And that company is but one of many thousands who are in the same situation – who feel the system as a whole has become unbalanced, in favour of the employee, who can lodge a claim with far less risk than the employer defending the claim. Conciliation Nobody wants to spend months and months worrying about a claim – which is an incredibly stressful period. We want to see employees and employers resolve their disputes at an early stage, which is why we want all claims to go to Acas first, so they can try to resolve it by using the pre-claim conciliation process. And what are called “day one rights” – in other words, the rights that employees have from the day they start a new job (for example, discrimination and the minimum wage) – are not affected in any way. Employer’s Charter On the same day as the consultation, we also published the “Employer’s Charter”. This aims to dispel many of the myths about what an employer can and can’t do in managing their staff reasonably, fairly and lawfully. Have a look at it here and let me know your thoughts by email, post or by filling out the survey. We want to see the proposals put forward last week being shaped by you, the readers – that includes both employees and employers. If you do have any ideas about how this can be improved, or if you have concerns, I’d urge you to respond to the consultation. Edward Davey is minister for employment relations.