The latest ‘Quarterly Survey of Small Business in Britain‘ examines the implications of the UK leaving the EU on our nation’s SME and in the process found that the EU is by far the most important export market for the UK’s small and medium-sized businesses.

40 per cent engaged on a regular or occasional basis, with 91 per cent of these firms trading with other EU nations.

Government agencies, including UKTI, were the most popular sources of export support services, used by just over a quarter of exporting firms over the last three years. For many firms, exporting is only a small proportion of their business. However, for 23 per cent of exporters, it accounts for more than half of their total sales.

Dr Richard Blundel, senior lecturer in Enterprise Development at the OUBS, said: “All too often, the debate around EU membership is dominated by corporate leaders, largely ignoring SMEs, which account for some 99.8 per cent of all UK businesses. While our report reveals a wide range of views, it’s clear that the majority of the UK’s smaller exporters see EU membership as being good for business.

“The arguments and counter-arguments will continue, but I expect that small business views will become an increasingly important factor in the debate over Britain’s future relationship with the EU.

“Our findings also suggest that the pool of budding exporters is smaller than some policy-makers might hope. The real challenge is to target those with genuine export potential, providing the right environment for them to flourish.” 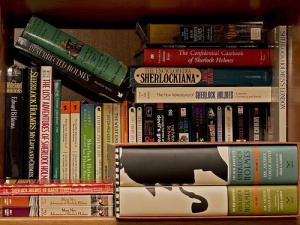