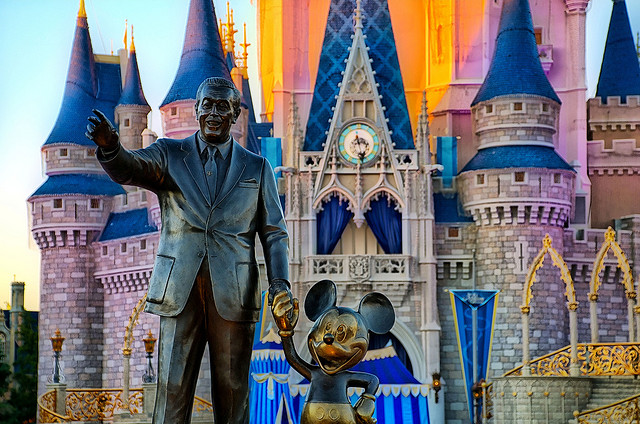 Share via
Over the last 25 years, movie stocks have had their ups and downs depending on the time of the year.?Historically the sector has gotten the year off to a strong start building on the momentum around Oscar season. But all of the hype that drives stocks higher ahead of big events has tended to unwind once the big films actually get released. After getting off to a rough start in January 2015, movie stocks rebounded strongly between February and April, with CMC chief market strategist Colin Ciezynski suggesting “the sector outperfored the Dow in all three months”. Despite the sector being hit hard in May, Disney has consistently been the strongest performer and has yielded positive returns in all months so far. Nomura analyst Anthony DiClement suggested that if he had to invest in entertainment stock, he would pick either Walt Disney or 21st Century Fox given their “robust portfolio” of sports rights and content that protects them from the evolving media landscape. DiClemente emphasised that Disney had “visibility of ESPN affiliate fee growth”. He also cited the company’s “wise” approach to digital distribution, and the theme parks ability to drive studio and consumer products results, as well as financial flexibility for shareholder returns, among the reasons for his love of Disney stock.

“Although studio results face a tough comparison in 2015 from the success of Frozen, we believe this is fully reflected in street models,” he said. “Furthermore, Disney?s calendar 2015 studio film slate includes two Pixar films, two Marvel films and the new Star Wars film that can more than offset the difficult compare on a full-year basis and possibly surprise to the upside.” According to DiClemente, the company is only beginning to reap the rewards of its investments in the cable networks and is now best-positioned for international growth. One of the biggest questions currently facing movie stocks is whether Disney can maintain this momentum. Disney has an impressive track record of earnings results since 2011, but while?this is an amazing reflection on financial strength, it also means the bar is being raised for Disney.?It’s also because the company trades for 22 times earnings estimates in the fiscal year. This makes its stock one of the most expensive compared to other media companies. Read more about stocks: Indeed, it has been a challenging period for the company, since it faced remarkably tough year-over-year comparisons due to the massive success of Frozen. The company has been unable to keep up with the $1.28 share it earned a year earlier when Frozen was still in theatres, but the $1.23 it did post was still better than the $1.10 that had expected. However, Disney stock is now trading at a record high. It’s up 36 per cent in the past year, which is more than double the gains of the US stock market overall. Disney revenues increased by seven per cent to $12.46bn in comparison to the $12.25bn analysts were looking for. Furthermore, the revenue for its?parks and resorts increased by six per cent. “Our second quarter performance, marked by increased revenue, net income and EPS of $1.23, demonstrates the incredible ability of our strong brands and quality content to drive results,” said?Disney CEO Robert Iger. He has every right to describe as an incredible brand given since Iger took over from Michael Eisner in October 2005, shares have soared nearly 420 per cent.?The acquisitions of Pixar, Marvel and Lucasfilm all occurred under his watch as well. Among Iger’s arsenal skills is knowing who to partner with. It was said that Apple’s Steve Jobs was the chairman of Pixar and majority shareholder at the time. He was not a big fan of Eisner?? and the feeling was mutual.?Disney was at risk of losing the distribution rights to Pixar films because of it. When Iger became CEO he remedied the problem. Due to this,?Disney’s popular ABC and Disney Channel shows were made available on iTunes. Not to mention the fact that Disney bought Pixar soon after. Read on to learn about Disney’s intellectual property portfolio, leveraging our nostalgia and more nuggets on what makes the company so appealing to investors. By Shan? Schutte