Surprisingly, Europe did not do so well: ‘world leaders’ like the UK, France and Germany fell into the bottom third of the 33 countries, typically due to a fear of risk.

The report picked 9 “themes” which define entrepreneurship in a country, which assess optimism and attitudes toward risk. Using this method, they found that chiefly developing countries like China, Brazil and, number 1, India are the most entrepreneurial while a bulk of the countries in central europe are at the bottom.

According to the study, India’s optimistic and experienced entrepreneurs gave it the number one spot in a list of ten, which was made mostly of developing countries. China, Turkey and Estonia all featured in the top ten, while developed countries like Japan, Italy and the UK were all in the bottom ten.

The UK, though “experienced” according to the report, suffers from a fear of risk-taking and lack of initial investment.

The US, however, is in 3rd in the top, owing to experience and the investment during the early years of a business, as well as a lack of fear of failure.

Surprisingly, even though developing countries typically did well for entrepreneurship, they typically thought poorly of entrepreneurs or felt it was an unstable lifestyle.

The report highlights that many of the top countries said “necessity” drove its entrepreneurs. This was especially true in India. Joseph Burgess, account executive at Hudson Sandler and one of the researchers for the study, said “Necessity drives entrepreneurship as a need to provide for oneself or one’s family and live above subsistence levels.

“In many of these still-developing entrepreneurial countries, living standards are, on average, below those of developed nations, and thus a “need” to escape poverty overrides any aversion potential entrepreneurs might have due to risks involved.”

He notes that a ‘nothing to lose’ mentality is a “key factor” in entrepreneurship. Developed countries are less likely to feel this than developing for fear of losing their assists. “Debt, selling assets, and/or forsaking stable employment” can be big deterrents.

When asked about how this report could influence entrepreneurs from the low-scoring European countries, Burgess said “while an absence of red tape and financial support are clearly integral to lasting success, pure motivation and desire to make something work can be one of the most powerful tools of all for an entrepreneur.” 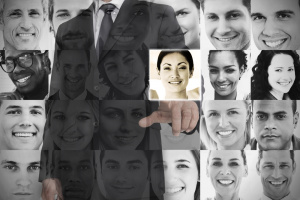 The challenges and drivers of employee benefits choice

Fifth of small business owners get their ideas on holiday