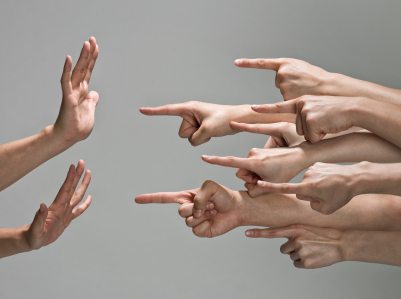 I really do like the sound of what’s coming out of the Public Accounts Committee when it comes to naming and shaming tax dodgers.

Last week the committee, led by Margaret Hodge, called on her majesty’s Revenue and Customs to publicly list tax avoiders and the number crunchers that come up with the schemes. However, I was a little disappointed with the Revenue that the first nine companies to be named and shamed were all SMEs. Don’t get me wrong, a hairdresser avoiding tax is just as wrong as a global coffee company avoiding tax, and every avoided tax pound does add up.  But it appears that in publishing this list they’ve gone for the easy targets and avoided the opportunity to reel in the big fish. This was their chance to make some really positive headlines around an issue that has got under the skin of the public consciousness. I mean, when the organisers of Glastonbury announce the festival line up, they start with the headliners not the support acts. Firms like Starbucks, Google and Amazon are just three examples of the large-scale tax avoiders who have got themselves a lot of column inches thanks to media investigations, but not been “officially” branded by HRMC. The tax owed by these nine amounts to less than £1m, which is a few quid short of the £5bn understood to be lost every year because of tax avoidance by big corporations. While the Revenue has missed a pretty clear open goal with the first list, I do agree with the essence of what they are trying to do. By putting these companies in the 21st Century version of the medieval stocks for all to see their crimes, we can let the court of public opinion decide on the morality of these so-called legal loopholes. And while we’re at it, I think a register of those operating the schemes might also be a good idea. With a bit of luck the combination of the publication of the two lists would have the paradoxical effect of deterring people from getting involved, rather than increasing business through the greater advertising of who is selling such services. It makes sense, since having this business lurking in the shadows for so many years seems to have seen it thrive. I would also like to add my own little twist to any proposed scheme. The Revenue has said that tax dodgers will stay in their sites for up to five years, but I would go further. I say any individual or company that manages to feature in these new league tables has to continue to be publicly-listed as a dodger for, at the very least, five years after the act. This would be a sort of tax-dodgers’ parole system, which would see them experience “special treatment” from the good people at the Revenue for an extended period of time. We need to make the act of intentionally “losing your wallet” when it comes to chipping in at the community chest something that is morally and socially unacceptable. Charlie Mullins is founder and CEO of Pimlico Plumbers.