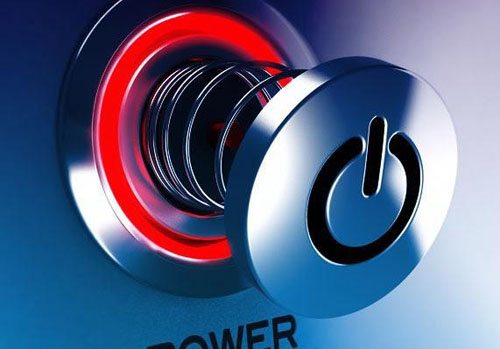 As one typical executive told PC Pro: ‘Everyone hates the IT department.’

Another told the Harvard Business Review: ‘In the quest of getting things organised, they are introducing a bunch of bureaucracy and, in the process, they’re abdicating their responsibility for making sure the right things get done.’ Indeed, as Peter Hinssen, visiting lecturer at the London Business School, summarised, the words that business leaders most commonly associate with IT departments are ‘arrogant’, ‘out of touch with reality’, ‘language of their own’ and – increasingly often – ‘hopelessly out of date’. The role of IT should be to support the business in achieving maximum efficiency and profitability. So why is asking the IT department for support services such a pain in the neck? Here are some of the most common complaints:

1. Bespoke applications are costing a fortune to support

A specially designed program for use just by your company seemed like a great idea – but now it requires a team of IT staff just to keep it up and running, and seems to be costing more than it was designed to save in the first place

2. The help desk are no help

The staff member sent to help you fix a computer glitch seems more concerned with filing a report of the problem than solving it. And any problem judged to be anything less that ‘urgent’ never seems to be solved.

3. You are paying for IT capacity you don’t use

Money is poured into extra hardware or annual bandwidth subscriptions to cope with a seasonal peak in demand, but that capacity then sits idle for eleven out of twelve months. The license fees of some software costs way more than its occasional use merits.

4. Your operating system and applications are hopelessly out of date – and so are the IT staff

You understand that you can’t upgrade everything the moment a new version is released – but surely something must be going wrong if you are still using Windows XP in 2013? Why can’t they see that too?

5. You don’t seem to speak the same language

You brought in IT staff in the first place because you thought they’d be able to solve problems. But their solutions never seem to be quite what you asked for, and they dismiss your protests because ‘they know best’.

6. Costs are spiralling, but the service stays the same

There’s always a need for new software, new training and new staff. So why isn’t their IT support getting any better? And lots of resources seem to be poured into projects that are never quite complete. Channel 4’s hit sitcom ‘The IT Crowd’ struck a chord with many of its viewers when it portrayed Reynholm Industries’ IT department as a motley group of socially awkward techies, confined to the dingy basement of an enormous, glass corporate office. Gruff Roy’s only support advice was ‘try turning it off and on again’, while tech wizard Moss could never explain his work to anyone without a Master’s qualification in computer programming. (He told one hapless caller: ‘The driver hooks a function by patching the system call table, so it’s not safe to unload it unless another thread’s about to jump in there and do its stuff, and you don’t want to end up in the middle of invalid memory!’) Unfortunately, the caricatures were almost too close to the truth for some companies, where the frustrated management regularly clash with an IT department who feel undermined and undervalued. What most people don’t realise is that IT support doesn’t have to be like this. Despite their complaints, many executives feel that nothing can be done about this poor service, believing that that is simply ‘what IT departments are like’. But this need not be the case. One option for managers who are struggling to deal with an overly-costly IT department – or one that is no longer fit for purpose – is to outsource some of its IT support services to an external company. This has become steadily more common as budgets have tightened following the recession, and business leaders look to maximize the bang for their buck. By consolidating an IT department into only one or two key individuals, and employing an IT services firm, capital spending on IT can be immediately slashed and instead regarded as a regular operating expense. Doing so means that you never need to find money to buy costly hardware, hire IT staff, gear up for seasonal peaks or maintain IT ever again. And it can all be on a pay-as-you-need capacity basis – ideal for those who see seasonal or irregular peaks in demand. For those who suffer regular headaches as a result of their IT department, it could be the perfect way to provide an all-round IT support package without the usual cost and bother.

If outsourcing IT services sounds like a blessed relief – perhaps it’s time to ask yourself these questions: MarkWalker works for IT Support, consultancy, information management andapplication support company, Ubertas.