I am indebted (pun intended) to the September 9th FT for canvassing the views of eight of the world’s largest asset managers on bond markets following the Alice in Wonderland revelation that “about 30% of the bonds issued by governments and companies worldwide are trading at negative yields-which means that $17 trillion of outstanding debt is being paid for by creditors”.

The answers from these investment titans are very revealing and absurd. Take Rick Rieder (someone please do), Global CIO of fixed income, Black Rock.

He asserts there is no bond bubble at all but then states, in a comment surely worthy of the Mad Hatter’s Tea Party, “buying more bonds and pushing interest rates deeper into negative territory will not stimulate demand for capital in Europe” It gets worse.

His recommendation is that the European Central Bank should make equity investments “targeted at technology companies” and down there in Japan, the State should also expand its quantitative easing programme through targeted equity investments.

Did I hear, partial nationalisation?

So here we have one of the biggest investment houses around saying they and others can’t be relied upon to provide equity investment anymore so you, the State, should embark on a programme of partial nationalisation. Nuts. Then we have Bob Michele, CIO and head of global fixed income, JP Morgan Asset Management.

He starts with the practised mantra that there is no bond bubble, just the usual deployment of “central bank policies to combat declines in inflation expectations”. So what does he recommend Central Banks do now? They “ should also restart QE to counter the rising probability of global recession”.

Clearly he hasn’t read Rick Rieder’s script. Rick Lacaille, Global CIO, State Street Global Advisors takes us through the Looking Glass. Is there a bond bubble? “No, this is not a bubble in the making but negative-yielding bonds are not an attractive long-term investment.”

Are bonds no longer worth buying?

Ah, I see, this is not a bubble but bonds aren’t worth buying. Que? What should central banks do? “QE effect might be positive, compared to nothing. But, QE damage might prompt less standard alternatives” Priceless. And finally, step forward John Hollyer, Global head of fixed income Vanguard.

Now health warning here, Vanguard is a massive passive investment house so you wouldn’t expect much active investment thinking. He doesn’t disappoint. The FT asks him what are his recommendations for bonds with negative yields? “Bonds, even at low-interest rates, diversify a balanced portfolio and provides returns that differ from stocks”. This computer says no. If the above wasn’t so serious it would be funny. It is not.

This continuing avocation of the status quo by these big investment houses and many others is leading to massive de-equitisation. Elsewhere in the same edition of the FT (yes I do confess it is sometimes worth the £2.90 cover price and indeed they have printed a reply to my Brexit letter in there as well!) Paul Lee draws attention to the imminent swallowing up of FTSE 100 company, Merlin Entertainments, by tax-efficient debt-financed private capital.

Mr Lee nails it when he observes “This deal and others are symptomatic of a world awash with cheap debt that is skewing markets, which are in danger of no longer functioning properly.”

Indeed equity raising capital markets have been on the retreat for years now and active, knowledgeable fund managers with them. In the 1980s and 90s, it was a common practice for the 20+ large UK fund management houses, such as those I worked for, to have a regular dialogue with the companies we invested in.

If we felt they were heading down the wrong path ( including paying themselves too much) we got them in and firmly told them so. Now I reckon you can count on the fingers of one hand the number of big institutional investors continuing to fulfil this role.

In proportion, and individual activists aside, such as Bramson, I am sure the same has happened in the US.

It is not in the least surprising that an inevitable consequence of these largely unsupervised markets is that major companies have let rip with directors’ remuneration and a whole host of other bad management practices.

And the result of all these massive investment houses so comprehensively dropping the ball is that many are questioning the very existence of capitalism itself. Why even the odd (sic) bank such as Deutsche Bank is cheering on a Cobynista government!

The likes of shrewd ones such as Jamie Dimon, supremo at JP Morgan Chase, have spotted their investment arms have built an out of control machine and their response is to say ” crickey we better fix this by changing the rules of capitalism otherwise we will have finished off capitalism”.

Here in the UK Marxists such as McDonnell lick their lips and suggest things have to change by ” legalising” the theft of 10% of shareholders equity. All in all, I suggest that these large institutions are no longer deserving of our money.

If they want to re-win our financial firepower they had better get back to providing long term equity capital to companies and steward them in the ways of responsible capitalism. Otherwise, Deutsche’s naïve view may become a reality.

‘The City Grump Rides out’ is out now. 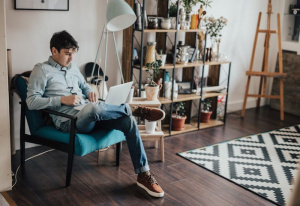 My views on the benefits and drawbacks of remote working 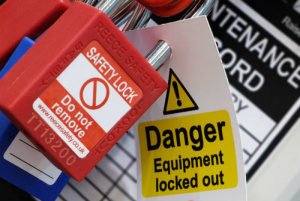