The year has been grim for retailers, with high street stores closing left, right and centre. Some have even gone into administration. Retail Think Tank (RTT) experts deemed it the worst year for non-food retail since the financial crisis.

“A relentless squeeze on gross margins and costs beleaguered companies at a time when sales are flat,” they explained. It was also suggested that “Brexit and consumer uncertainty made a perfect storm”. But it’s the increasing migration of customers to online channels that has everyone concerned.

An overwhelming number of bosses claim brands are failing to evolve with customers. Because what do people currently want? A seamless journey between online and bricks and mortar.

Australian business Wesfarmers acquired Homebase in 2016. In doing so, “It destroyed what made it so popular,” said Colin Clark, head of strategy and planning at Five by Five. “Wesfarmers tried to fit a square peg in a round hole, presuming UK consumers were just like Aussie ones. Bunnings’ strategy completely ostracised loyal customers.”

Home ownership declining in the UK didn’t help matters, but Homebase also left its online portal in disarray. Clark added that there was no link between the store and the website – and as a result the company was sold for £1.

“Wesfarmers hasn’t acknowledged industry trends nor its customers’ desires,” Clark said. “There was no real way of interacting with customers beyond staff at the store doing their jobs. That wasn’t enough.”

Toys R Us similarly failed to react – and now joining it on the list is House of Fraser. The retail giant confessed its need to change in order to keep up with the retail climate.

Faced with competition from online brands such as Asos, it’s difficult for department stores to continue with a traditional approach. But while these are larger stores, there’s much SMEs can learn.

It’s not just about moving business online, it’s about taking action to understand customers and how you can differentiate from the competition. Bosses that are too late to take action, Andreas Pouros, CEO of Greenlight exclaimed, “will be most susceptible to losing customers to the likes of Amazon”.

Companies need to create experiences, according to Dr Gordon Fletcher, retail expert at the University of Salford Business School. Think about how satisfied your loyal consumers are. Take the time to optimise your online presence so it sits well alongside your bricks and mortar offering.

Allow people to shop on their own terms, through a variety of channels, and create high-quality content to keep them engaged. 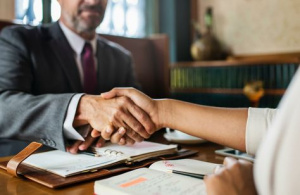 Selling your business: How to conduct a winning viewing