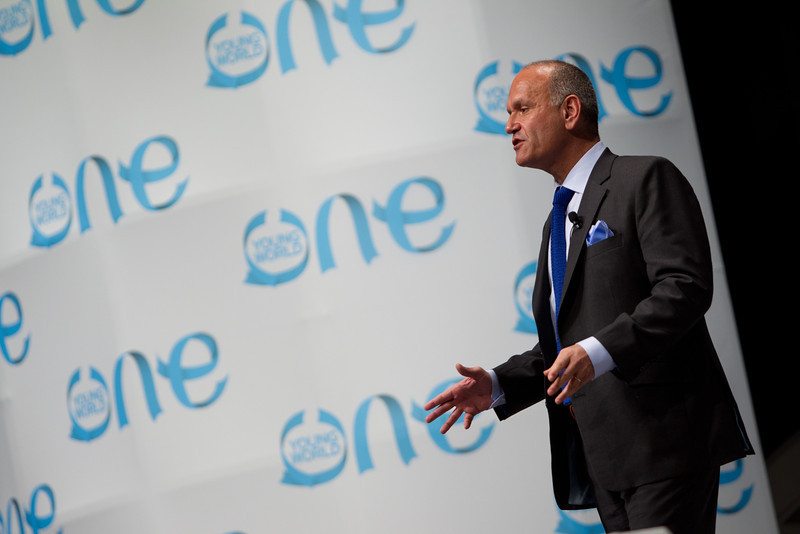 Milo, there are many reasons to criticise in today’s society. But I think in this instance that your pessimism and cynicism have blinded you to what was one of the most inspiring and uplifting events I have ever had the privilege of attending.   I suppose that the alternative is that your article is merely a cynical ploy to be controversial, as you seem to have intentionally ignored all the facts that inconveniently contradict your position. The key speakers, Jamie Oliver and Sir Bob Geldof included, were just as inspiring as you would have wished for. You merely omitted to mention any others, so let me:  Archbishop Emeritus Desmond Tutu, who made his only public address since announcing his retirement. Crown Prince Haakon of Norway, speaking for the first time since the atrocities of July 22, which ended the lives of 76 young people. They were joined by Wael Ghonim, a leader of the Arab Spring in Egypt; Oscar Morales, who fought against the Farc in Colombia; Nobel Prize winner Muhammad Yunus; and Fatima Bhutto, the noted author and perhaps the most eloquent speaker I have ever heard. Your disdain for the speakers is odd enough. Your dismissal of the delegates is unconscionable.   Delegates were there from every nation of the world, and were not well-off offspring with nothing better to do as you suggested. They include ex-child soldiers from the Congo, victims of oppression and war, and people who even at their young age have overcome incredible hardship.  Though in truth I believe that I understand you better now, such as your willingness to take an issue as complex as climate change and comprehensively dismiss it is a two dimensional response, and puts in context the worthiness of the remainder of your critique.   Your spiritual home, Milo, is with Rick Perry and Michelle Bachman. I thought such narrow readings of a complex world were the sole franchise of the far right in the US; who knew that you could singlehandedly bring the Fox News view into the UK dialogue. If you don’t believe me though, perhaps Archbishop Desmond Tutu’s words might help: “Its an incredible privilege for me who is less young to be here with you. Although you might not be aware of it, you are fantastic, amazing creatures. One day you and I and all of us will wake up to the fact that we are actually all family. God sees all of you and at One Young World God begins to smile.” Grow up Milo!